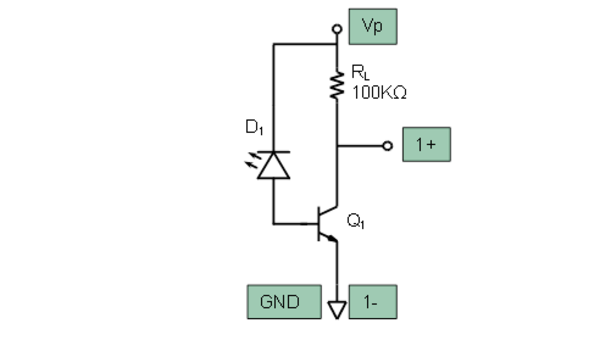 Insert a red, yellow or green LED into the circuit as shown one at a time. Try exposing the three different color LEDs from your ADALP2000 Analog Parts Kit to different light sources such as standard incandescent, florescent and LED lights held at differing distances from the LED sensor. Observe the voltage waveform seen at the collector of Q1. Try inserting the infrared LED from your kit and observing how it responds to the light from the different sources. Try increasing the sensitivity or gain by increasing the value of RL to 200KΩ or 470KΩ. 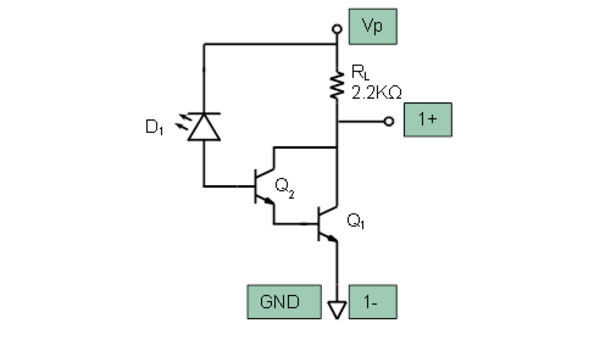