In this section, we will show a QPSK transmit and receive example, which is based on MathWorks QPSK Transmitter and Receiver Example. In this example, FMCOMMS3 is used as RF front-end, which captures the modulated QPSK signals over the air. These signals are then streamed from target to Simulink via the ad9361 block. The Simulink model is shown in the figure below, where the blocks of Tx and Rx are grouped in two subsystems. 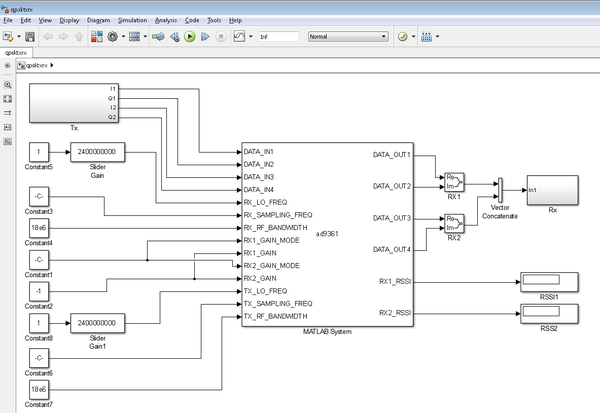 In order to run this example, your MATLAB version should be 2014b or higher, and your license needs to include the following components:

The model can be found here:

The QPSK Transmitter is shown in the figure below, which mainly consists of a baseband QPSK modulator, a raised cosine filter, and a gain block to scale up the signals before transmission: 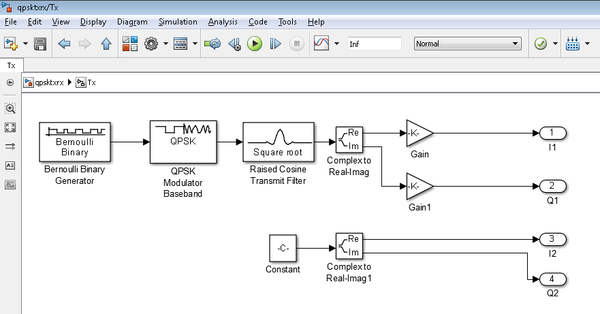 The QPSK receiver is shown in the figure below, which consists of the following blocks:

The detailed description of each block can be found at MathWorks Help Document.

With everything set up properly, we can run the model and get the results below. As we can see, with the frequency compensation and the timing recovery, we can get a clear QPSK constellation. 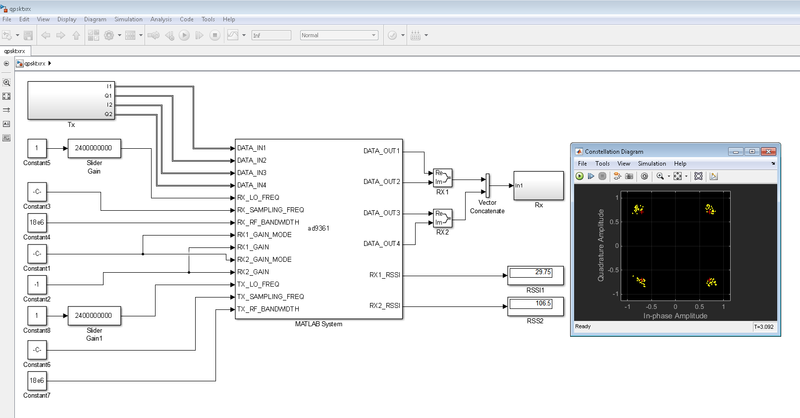