The objective of this Lab activity is to construct a Band Stop Filter by combining a low pass filter and a high pass filter and obtain the frequency response of the filter. A Series LC circuit will be used.

One typical application of a band stop filter is in Audio Signal Processing, for removing a specific range of undesirable frequencies of sound like noise or hum, while not attenuating the rest. Another application is in the rejection of a specific signal from a range of signals in communication systems.

The higher cut-off frequency is given as:

The lower cut-off frequency is given as :

The Band Width of frequencies rejected is given by:

We can use the formula for the LC resonance to calculate the center frequency of the band pass filter, the resonant frequency ωo is given by:

Build on your solderless breadboard the Band reject filter circuit presented in Figure 3. 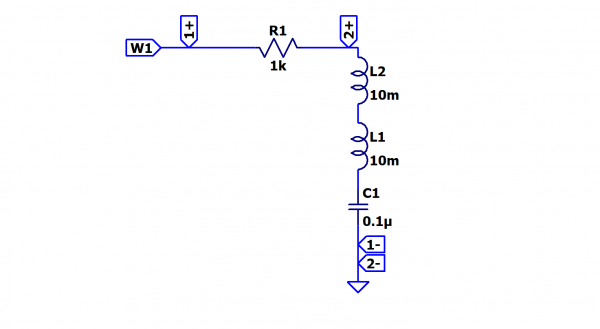 The band stop filter's frequency response can be plotted using the Network Analyzer tool. Compute the center frequency of the filter using equation (4). According to this you will set the start and stop frequencies of the logarithmic sweep. For this filter the center frequency is 3.3 KHz. In the network analyzer set the start frequency at 1 KHz and the stop frequency at 10 KHz. Set the minimum phase at -90 the maximum phase at 90. Magnitude axis can be set from -30 dB to 10dB. In Figure 5 is presented the transfer function of the filter obtained by running the network analyzer. 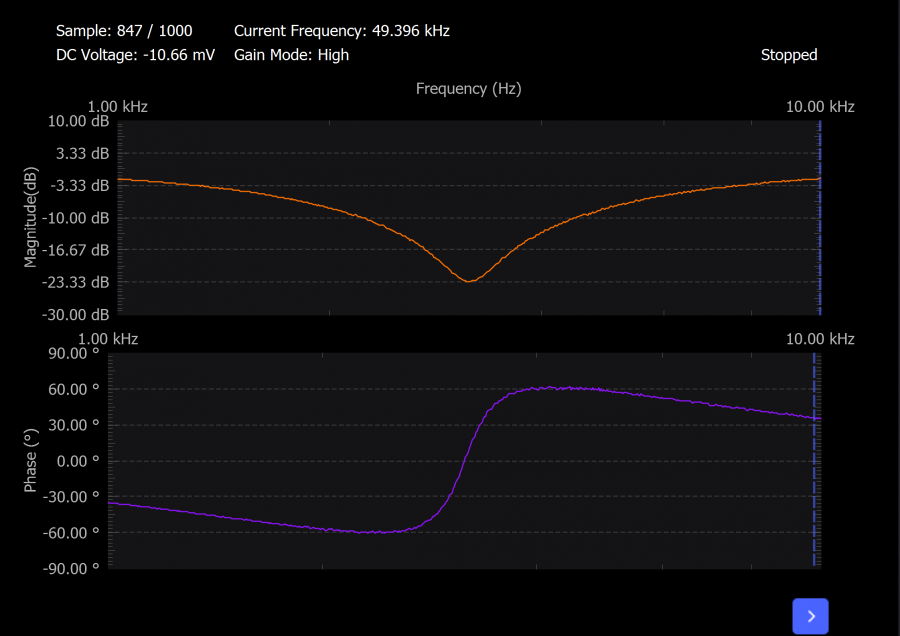 In the Signal Generator tool, on Channel 1, generate a waveform with the frequency value in the rejection interval of the filter and analyze it's response. Observe on the oscilloscope channel 1 the input signal and the output signal on channel 2. In Figure 6 you can see the filter input and output for a 3kHz sine waveform. 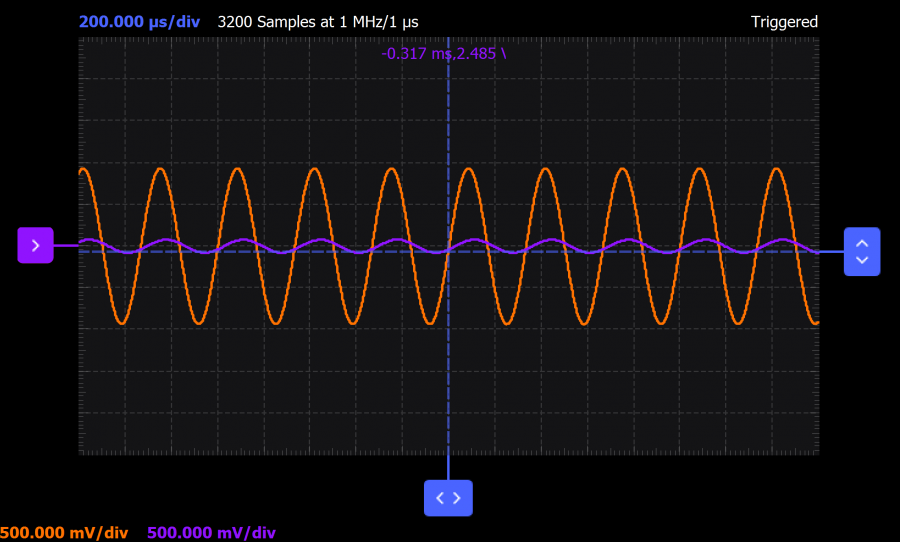 Compute the cut-off frequencies for each Band reject filter constructed using the formula in equations (1) and (2). Compare these theoretical values to the ones obtained from the experiment and provide suitable explanation for any differences.