The objective of this Lab activity is to study the transient response of inductor circuits using a series RL configuration and understand the time constant concept.

Time Constant (t): It is a measure of time required for certain changes in voltages and currents in RC and RL circuits. Generally, when the elapsed time exceeds five time constants (5t) after switching has occurred, the currents and voltages have reached their final value, which is also called steady-state response.

A Pulse is a voltage or current that changes from one level to another and back again. If a waveform's high time equals its low time, it is called a square wave. The length of each cycle of a pulse train is its period (T). The pulse width (tp) of an ideal square wave is equal to half the time period.

The relation between pulse width and frequency for the square wave is given by: 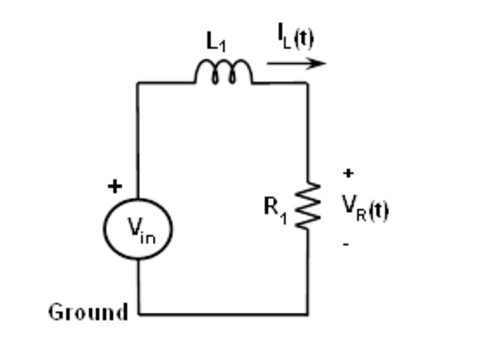 In an R-L circuit, voltage across the inductor decreases with time while in the RC circuit the voltage across the capacitor increased with time. Thus, current in an RL circuit has the same form as voltage in an RC circuit: they both rise to their final value exponentially according to 1 - e (-t*R/L).

The expression for the current in the Inductor is given by:

where, V is the applied source voltage to the circuit for t = 0. The response curve is increasing and is shown in figure 2.

Figure 2: Current in Inductor increasing in a Series RL circuit.

The expression for the current decay across the Inductor is given by:

The response curve is a decaying exponential and is shown in figure 3.

Figure 3: Current decay through the Inductor for Series RL circuit.

Since it is possible to directly measure the current through the Inductor ( current supplied by driving source ) with the ALM1000, we will measure and compare both the current and the output voltage across the Resistor. The resistor waveform should be similar to the inductor current as VR=I*LR. From the waveforms on the scope, we should be able to measure the time constant t which should be equal to t = L / Rtotal.

Here, Rtotal is the total resistance and can be calculated from Rtotal = R inductance+ R.

R inductance is the measured value of inductor resistance and can be measured by connecting inductance to an ohmmeter prior to running the experiment.

Set up the circuit shown in Figure 4 on your solderless breadboard with the component values R1 = 100Ω and L1 = 1 mH. 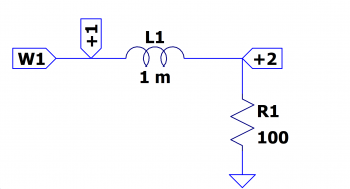 On Channel 1 of the oscilloscope you will visualize the input voltage, and on channel 2 the voltage on the resistor(it has the same shape as the current through the inductor). Generate a square wave on the channel 1 of the signal generator with 4V amplitude peak-to-peak. The frequency will be set according to t. Calculate the applied frequency using equation (2) for tp = 5t. 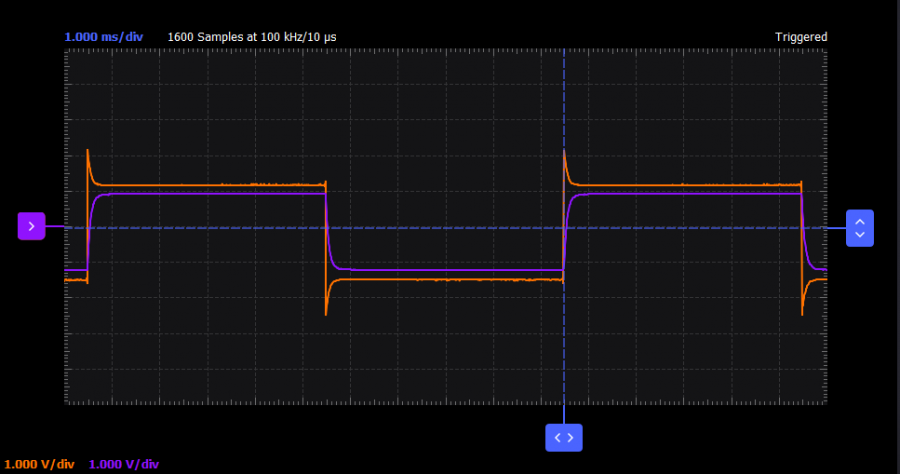 The waveform on channel 2 (voltage on the resistor) has the same shape as IL(t) waveform. From it, measure time constant t and compare with the one that you calculated from L/Rtotal. (Hint: Find the time that corresponds to 0.63VR value). Observe the response of the circuit and record the results again for tp = 25t, and tp = 0.5t.

• Include plots of IL and VR for different tp values given above in Procedure 4.

• A Capacitor stores charge. What do you think an Inductor stores? Answer in brief.

• How can you attenuate the spikes present on the input voltage?