The most common type of loudspeaker is an electro-mechanical transducer using a voice coil connected to a diaphragm or cone. The voice coil in moving coil loudspeakers is suspended in a magnetic field provided by a permanent magnet. As electric current flows through the voice coil, from an audio amplifier, the electro-magnetic field created by the current in the coil reacts against the permanent magnet's fixed field and moves the voice coil (also the cone). Alternating current will move the cone back and forth. The movement of the cove vibrates the air producing the sound.

To help understand the measurements we are about to make, a simplified electrical model of a loudspeaker is shown in figure 1.

• L is the voice coil inductance usually measured in millihenries (mH). Typically, the industry standard is to measure the voice coil inductance at 1000 Hz. As frequencies increase above 0 Hz, there is a rise in impedance above the Rdc value. This is because the voice coil acts as an inductor. Consequently, the overall impedance of a loudspeaker is not a constant impedance, but can be represented as a dynamic profile that changes with input frequency as we will see when we make measurements. Maximum impedance, ZMAX, of the loudspeaker occurs at the resonant frequency, FS, of the loudspeaker.

ADALM2000 Active Learning Module
Solder-less Breadboard
1 - 100Ω Resistor (or any similar value)
1 - Loudspeaker, it is best if the speaker is one with a cone diameter larger than 4 inches such that is has a relatively low resonant frequency.

Build the circuit shown in figure 2, preferably using your solder-less breadboard. The loudspeaker can be in an enclosure or not.

In Scopy, start the Signal generator and generate a sine waveform with 8V peak-to-peak amplitude and 100 Hz frequency. 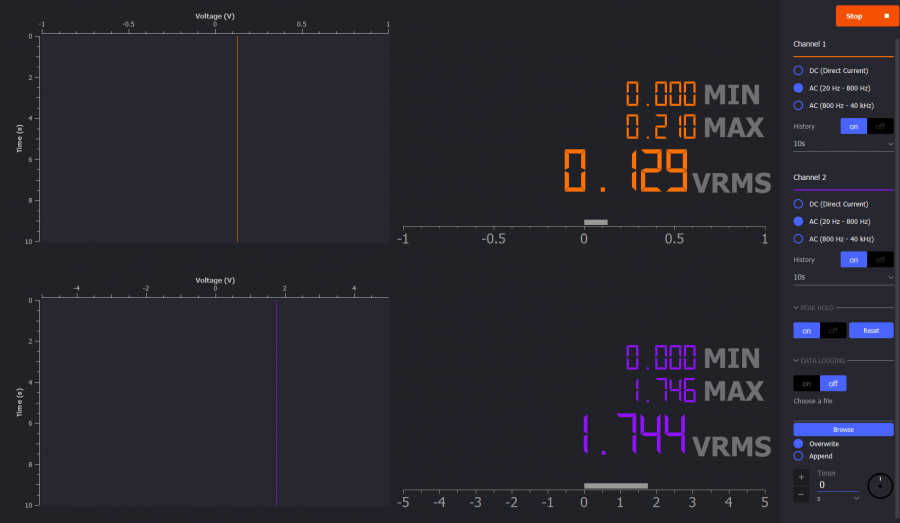 Figure 4: RMS voltage across the loudspeaker

You can plot the calculated impedance Z vs Frequency. The frequency of the signal generator is set in steps of 100 Hz and for each frequency you compute Z. The speaker impedance is small, approximately equal to the DC resistance in the linear region but is much higher at the resonance frequency FS. An example plot is shown in Figure 5. Your speaker will probably look different than this. 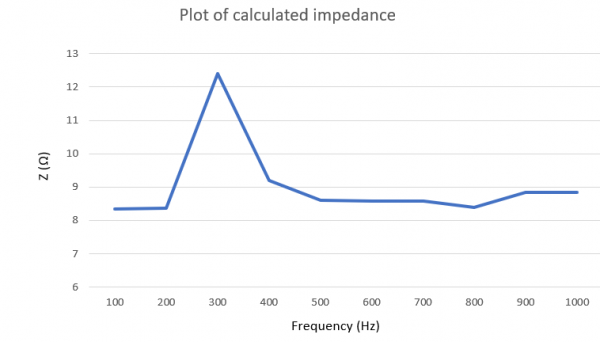 In order to plot the frequency response make the connections as shown in Figure 6.

In the Network analyzer tool you will do a logarithmic sweep. Set the start frequency to 100 Hz and the stop frequency to 1 kHz. Set the phase to vary from -30 to 30 degrees and the magnitude from 0 to 10 dB. 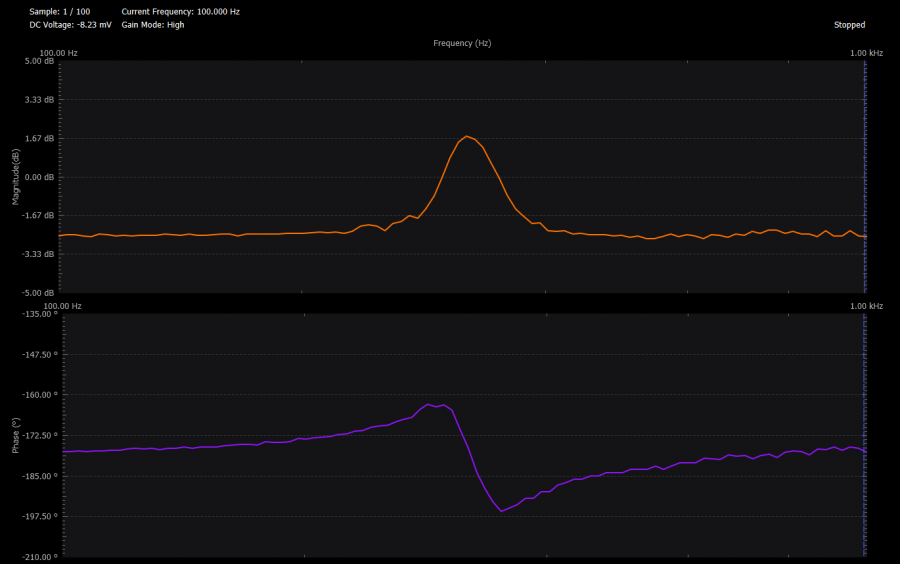 Based on your measured data extract the L C and R for the speaker electrical model shown in figure 1 for the speaker you used. You can measure Rdc with a DC ohm meter if you have one available. Ignore LINPUT as it will be small compared to L. Enter these values in to a circuit simulation schematic of the model and generate a frequency response sweep from 10 Hz to 1 KHz and compare your model to the data you measured in the lab.