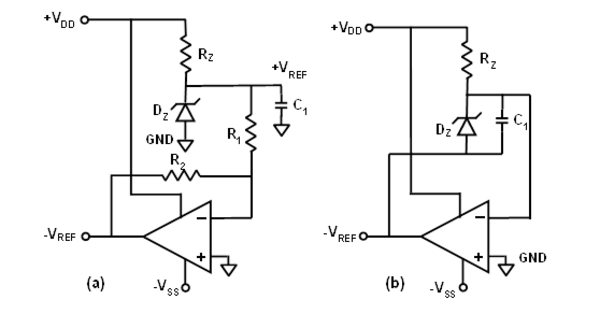 The zener diode ( 1N4735 ) supplied in the ADALP2000 Analog Parts Kit is a 6.1 volt diode. 6.1 volts is much too high a reverse breakdown voltage to build this circuit using the fixed +/- 5 volt power supplies of the ADALM2000 hardware. The forward voltage of an LED is in the range of 1.6 to 2.0 volts depending on the color of the diode. While not a proper reference diode, we can build the circuit for instructional purposes using the LEDs from the ADALP2000 Analog Parts Kit. 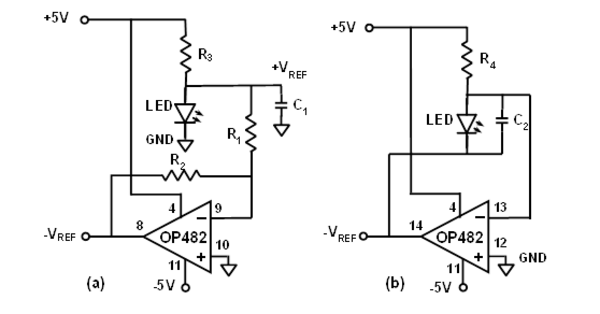 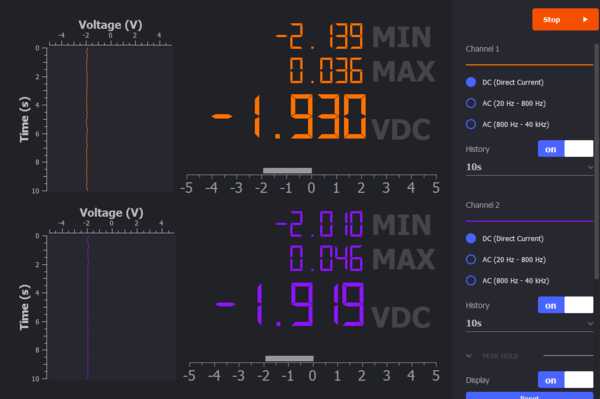 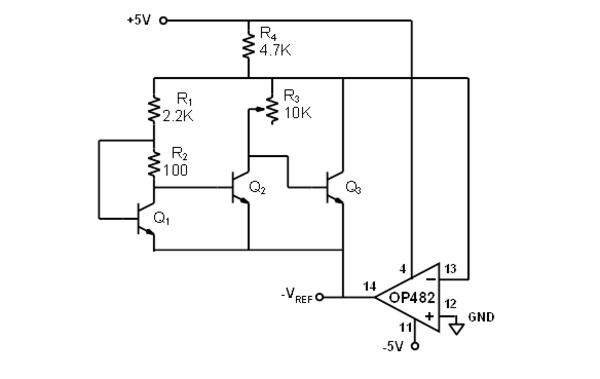 To test the headroom requirements for +VDD, disconnect the fixed positive power supply from +VDD and remove any supply decoupling capacitors. Be sure to turn off the power supplies before making any changes or additions to your breadboard. Now connect +VDD to AWG 1. Set AWG 1 to trapezium (trapezoid) waveform at 100 Hz. Set the amplitude to 5V peak-to-peak with a 2.5V offset for a 0 to +5V swing. Connect scope channel 1 to the output of AWG1 and connect scope channel 2 to -VREF of the first example circuit at pin 14 of the OP482. Use the oscilloscope instrument in the XY mode, scope channel for X and scope channel 2 for Y. Start AWG 1 and turn on the fixed negative 5V power supply. Record the minimum +VDD voltage where -VREF starts to remain constant at -1.25V. 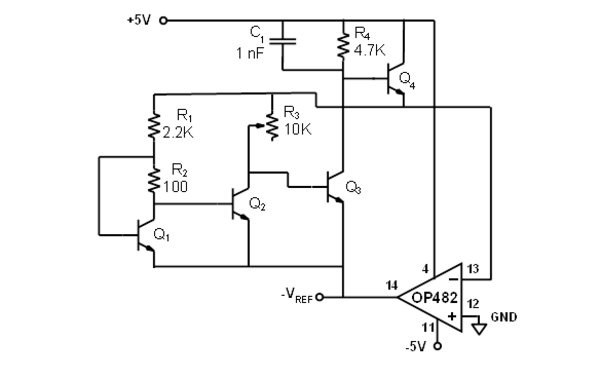