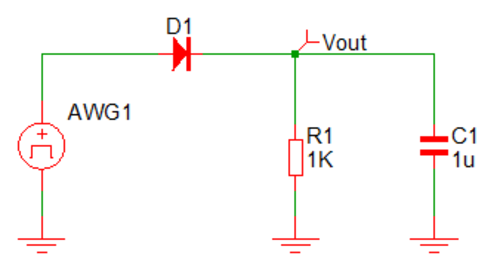 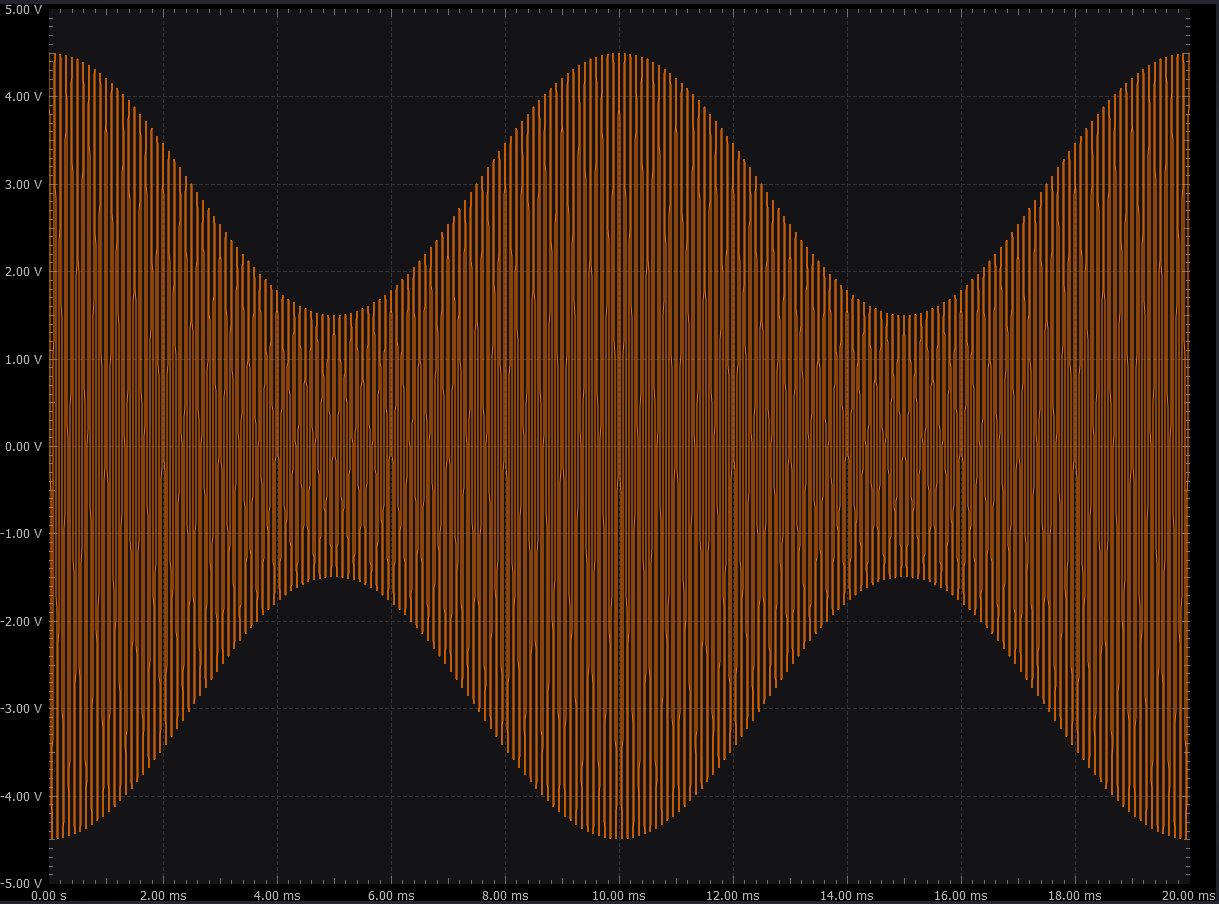 Configure the scope so that output signal is displayed on channel 2. 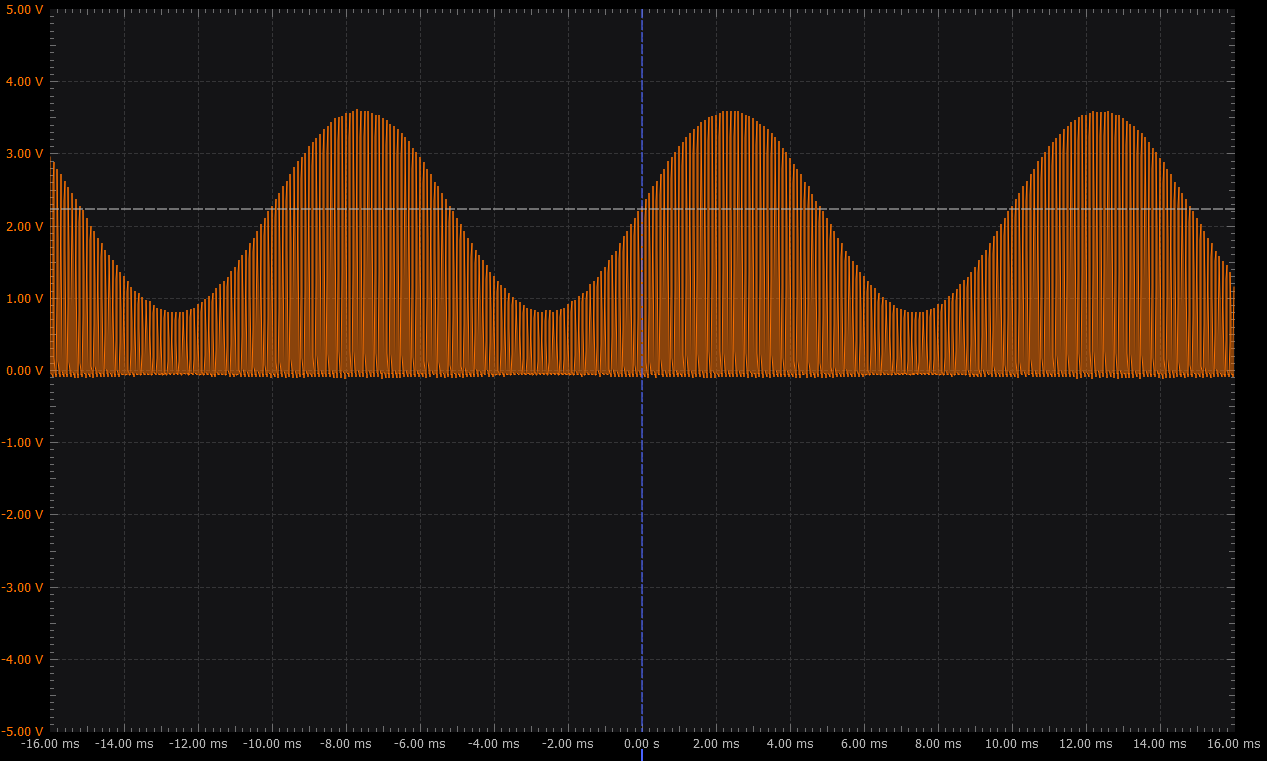 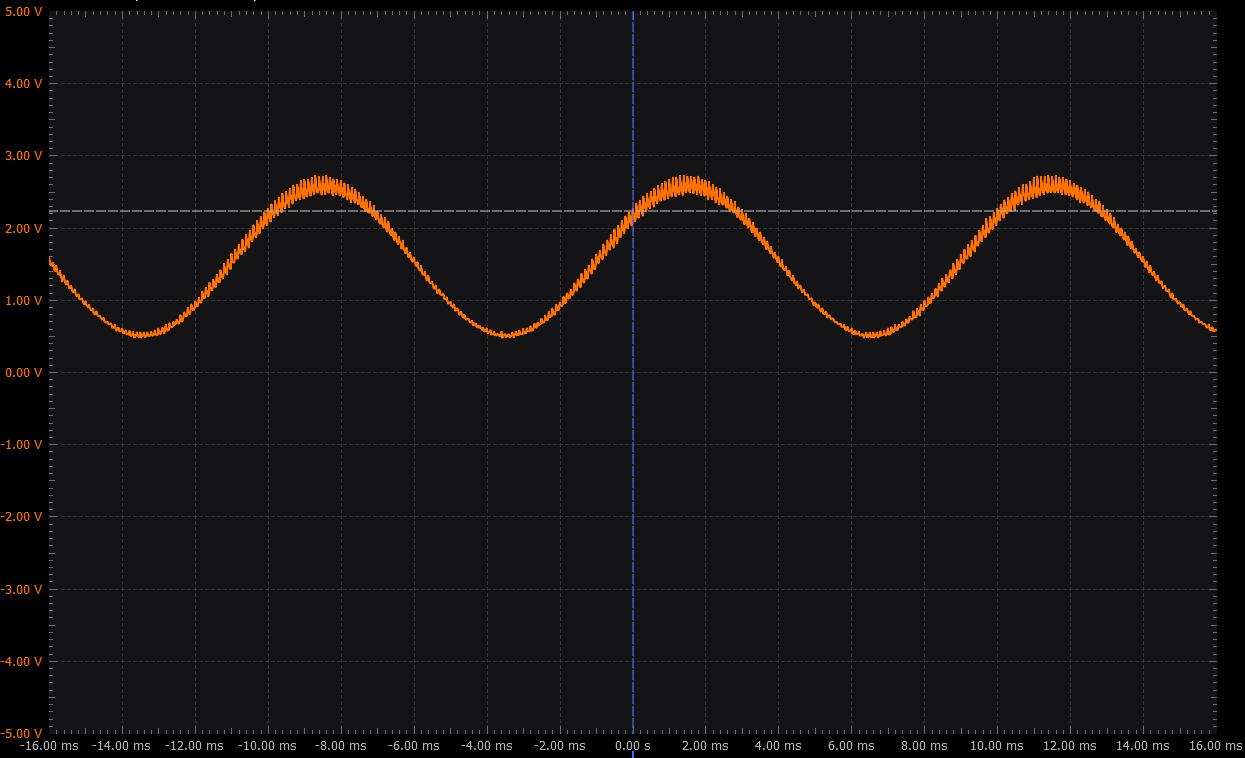 The obtained signal is the envelope of the positive half wave obtained previously. It is actually the 100 Hz message signal with some 10 KHz variations on it.