The zero gain amplifier (Q1, R2) and stabilized current source (Q2, R3) from activities 10 and 11 can be used in conjunction with a PNP current mirror stage (Q3,Q4) in negative feedback to build a circuit which provides a constant or regulated output voltage over a range of input voltages. 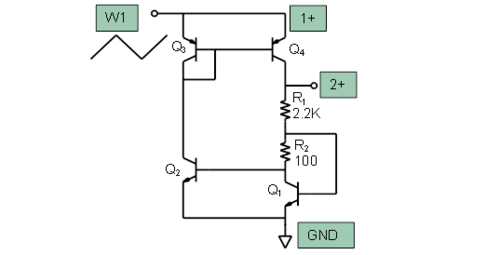 Waveform generator 1 should be configured for a 1 KHz triangle wave with 4 volt amplitude peak-to-peak and 2V offset. The Single ended input of scope channel 2 (2+) is used to measure the stabilized output voltage at the collector of Q4 ( negative inputs 1= and 2- should be connected to ground). 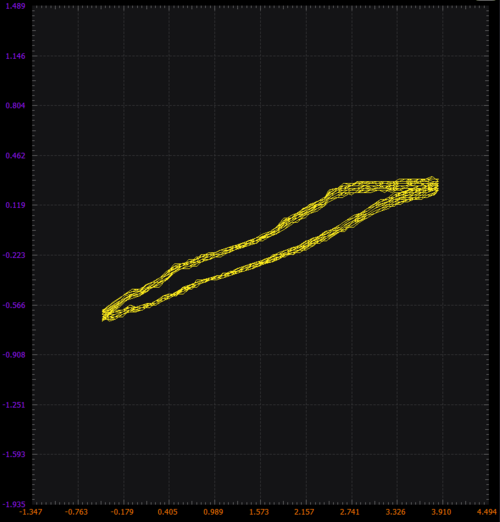 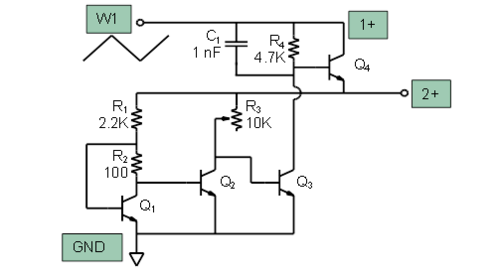 Waveform generator W1 should be configured for a 1 KHz triangle wave with 4 volt amplitude peak-to-peak and 2V offset. Scope channel 2 (2+) is used to measure the stabilized output voltage at the emitter of Q4. 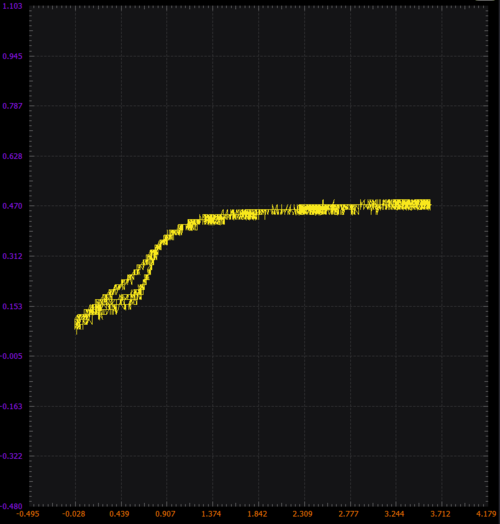 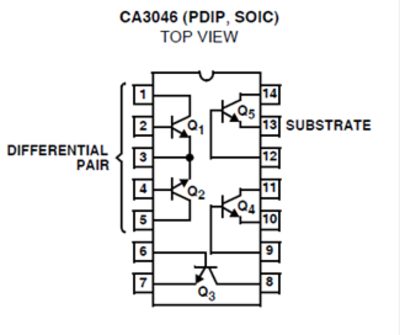