AWG1 is connected as VIN and should be configured as a sine wave with an amplitude greater than 6 volts peak-to-peak, zero offset and a frequency of 100 Hz. The scope inputs are used to monitor various points around the circuit such as VIN, VOUT, the voltage across RS and thus the current through RS, and the gate of M1. 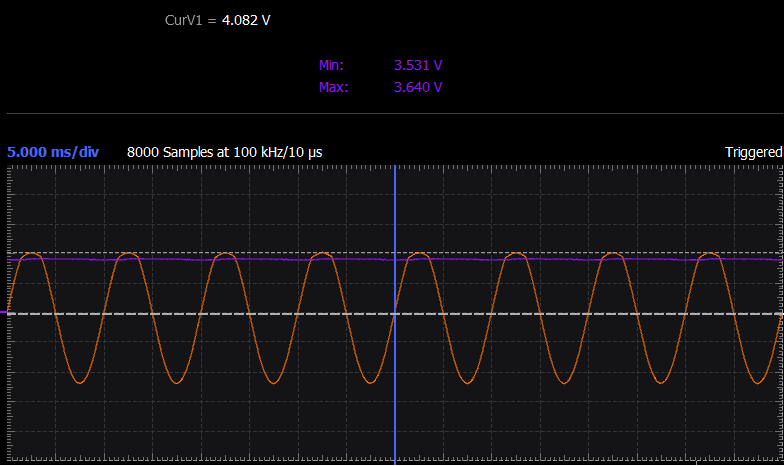 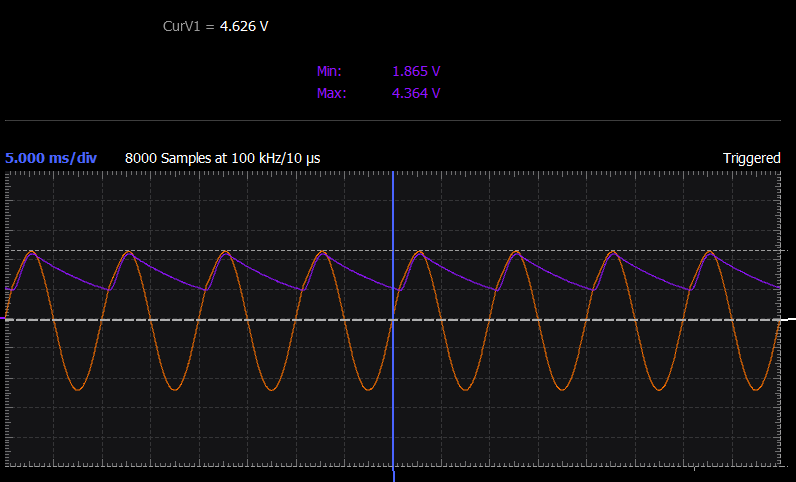 Change the peak-to-peak amplitude of the AC input waveform. What is the minimum peak value of the AC input where the PMOS transistor is still actively rectifying the input, i.e. the VGS is greater than the threshold voltage and the device is turned on? What determines this minimum voltage?