First a few notes on hardware limitation issues. The waveform generator in the ADALM2000 Lab system has a high output bandwidth and with that high bandwidth comes wide band noise. The input signal level needed for the measurements in this lab activity is rather small because of the gain of the differential amplifier. If the waveform generator output were used directly the signal to noise ratio of its output is not high enough. The signal to noise ratio can be improved by increasing the signal level and then placing an attenuator and filter ( figure 1 ) between the generator outputs and the circuit inputs. The materials needed for this are: 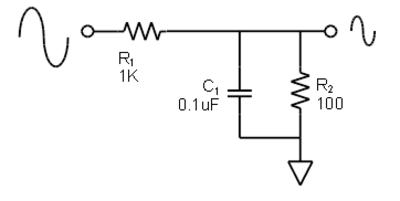 This attenuator and filter will be used in all parts of this lab. 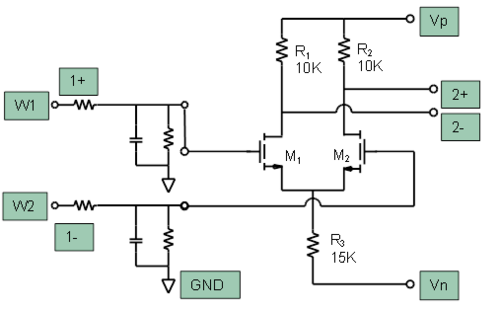 The following data should be taken: The X axis is the output of the arbitrary waveform generator and the Y axis is scope channel 2 using both the 2+ and 2- inputs. By changing the value of R3, the student can explore the effects of the level of the tail current on the gain of the circuit (as seen in the slope of the line as it passed through the origin) and the linear input range and the shape of the nonlinear fall off in the gain as the circuit saturates. With minor additions to the basic circuit, such as source degeneration resistors, the student can explore techniques to extend and linearize the range of the input swing and the effects on circuit gain. 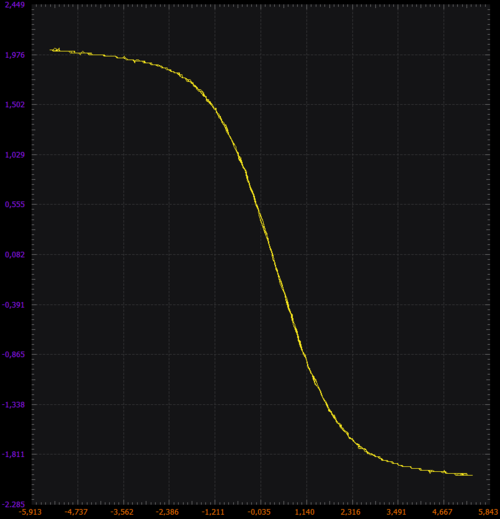 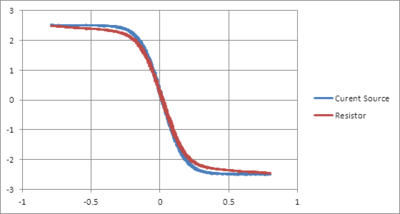 The use of a simple resistor as the tail current has limitations. The student should explore ways to construct a current source to bias the diff pair. These could be made with a couple of additional transistors and resistors as in the stabilized current source from Activity 8M above. 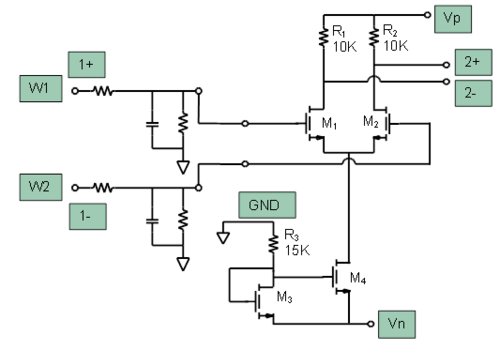 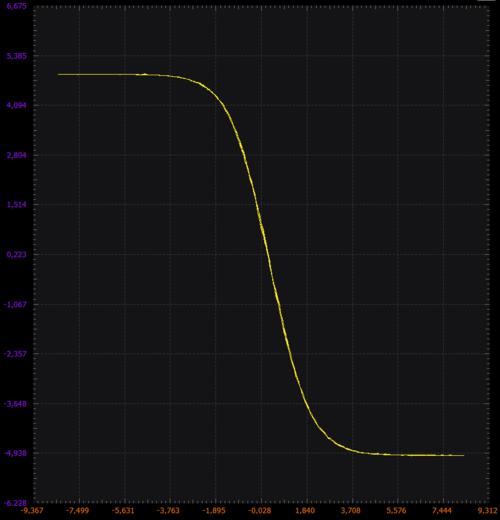 Common mode rejection is a key aspect of the differential amplifier. CMR can be measured by connecting the base of both transistors M1 and M2 to the same input source. The plot below shows the differential output for both the resistively biased and current source biased differential pair as the common mode voltage from W1 is swept from +4.5V to -4.5V around ground. The gain will be effected the most as the transistors go from the saturation region to the triode (resistive) region as the positive voltage on the gates approaches the drain voltage. This can be monitored by observing the drain voltage single ended with respect to ground (i.e. with the 2- input grounded). The amplitude of the generator should be adjusted until the signal seen at the output just starts to clip/fold over(as you see in your waveform plot). 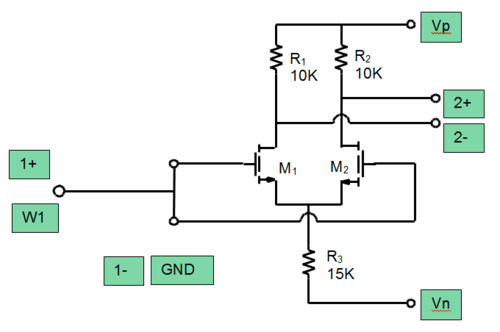 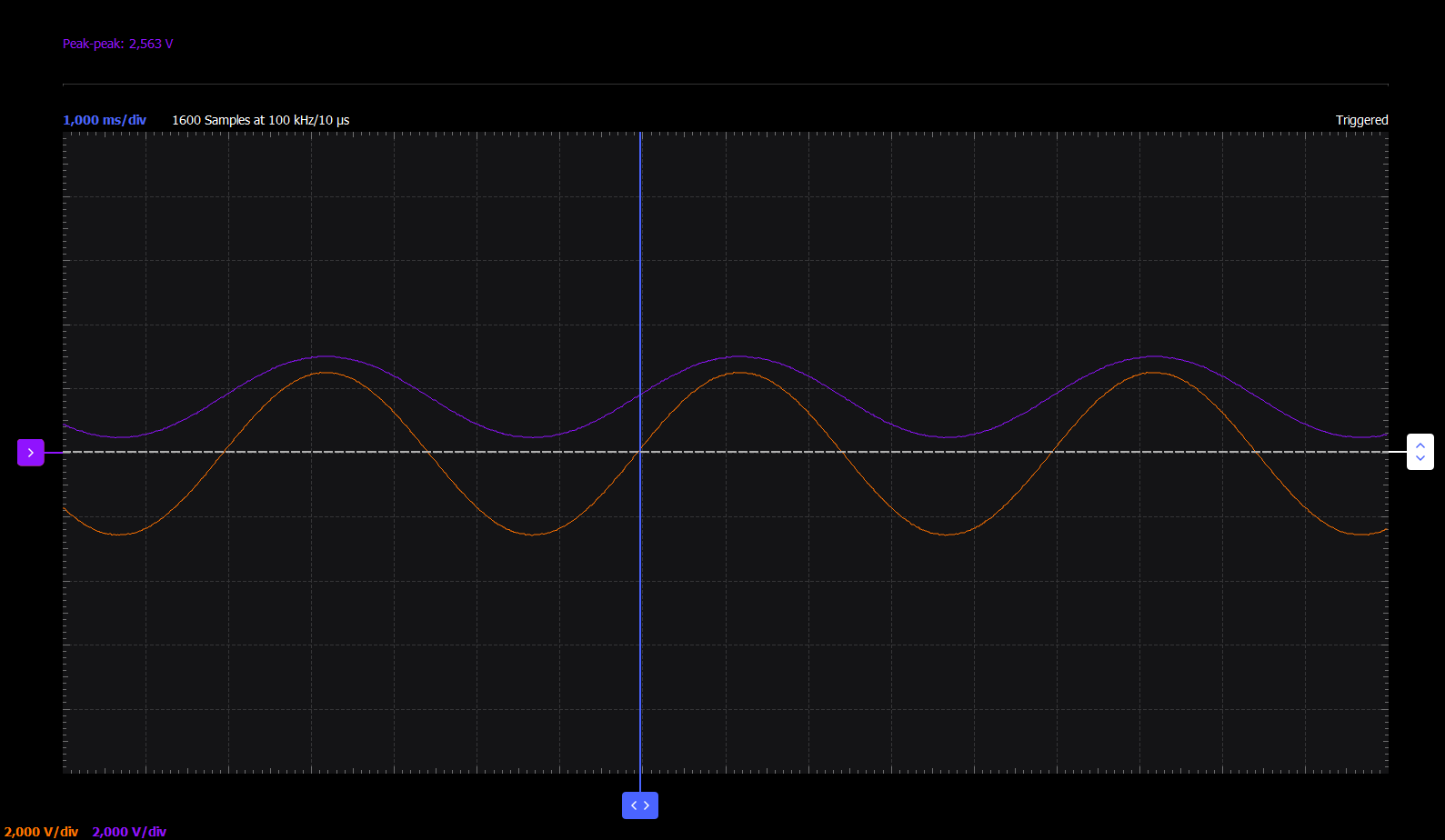 Would you characterize this transistor amplifier as being inverting or non-inverting to outputs 2+ and 2- with the base terminal of transistor M1 being considered the input? Explain your answer.

Describe what happens to each of the output voltages (2+ and 2- ) as the input voltage (W1) Increases, Decreases: