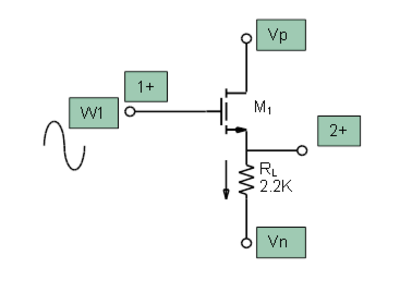 The waveform generator should be configured for a 1 KHz Sine wave with 4 volt amplitude peak-to-peak and 0 offset. The Single ended input of scope channel 2 (2+) is used to measure the voltage at the source. The Scope configured with channel 1+ connected to display the AWG generator output. When measuring the input to output error, channel 2 of the scope should be connected to display 2+ and 2- differential. 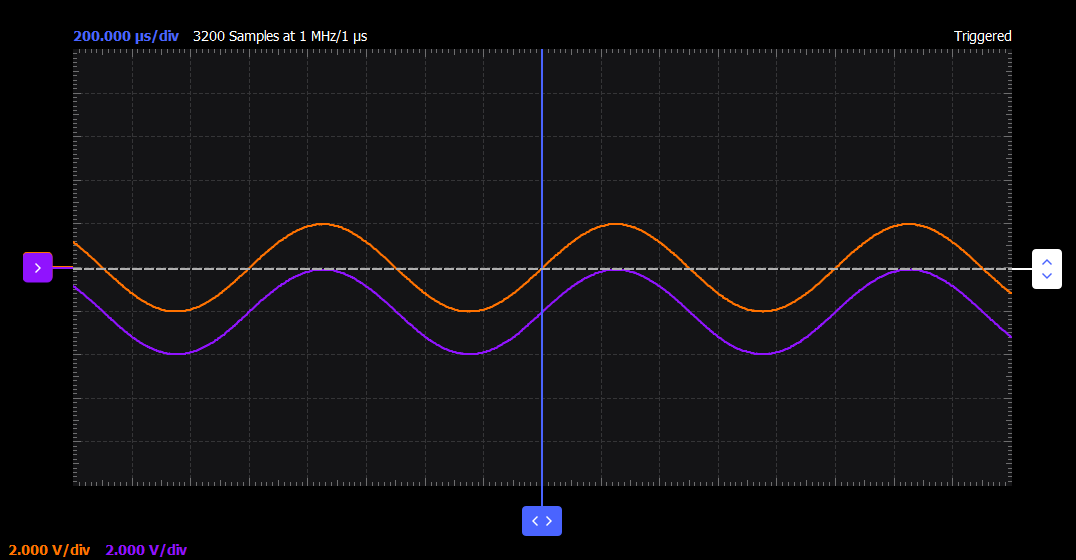 The incremental Gain (Vout /Vin) of the source follower should ideally be 1 but will always be slightly less than 1. The gain is generally given by the following equation:

From the equation we can see that in order to obtain a gain close to one we can either increase RL or decrease rs. We also know that rs is a function of ID and that as ID increases rs decreases. Also from the circuit we can see that ID is related to RL and that as RL increases ID decreases. These two effects work counter to each other in the simple resistive loaded source follower. Thus to optimize the gain of the follower we need to explore ways to either decrease rs or increase RL without effecting the other. It is important to remember that in MOS transistors ID = IS ( IG = 0 ).

where K = μnCox/2 and λ can be taken as process technology constants.

Looking at the follower in another way, because of the inherent DC shift due to the transistor's Vth, the difference between input and output should be constant over the intended swing. Due to the simple resistive load RL, the drain current ID increases and decreases as the output swings up and down. We know that ID is a (square law) function of VGS In this +2V to -2V swing example the minimum ID=2V/2.2KΩ or 0.91 mA to a maximum ID= 6V/2.2KΩ or 2.7mA. This results in a significant change in VGS. This observation leads us to the first possible improvement in the source follower. 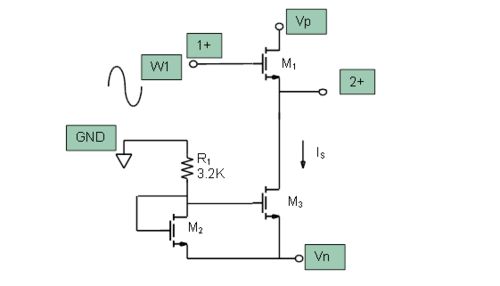 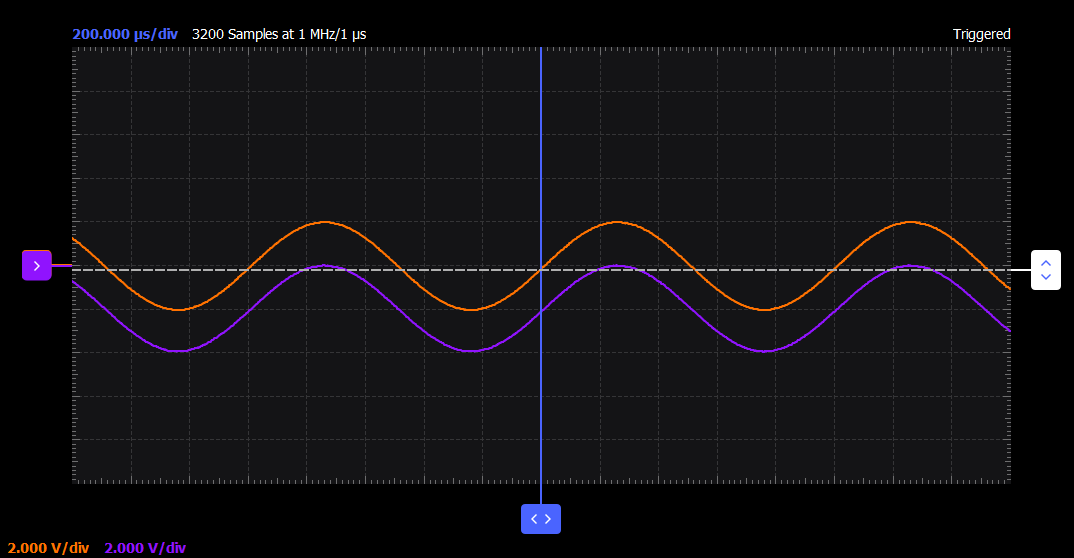 The circuit configuration below adds a resistor R2 to inject a test signal from AWG1 into the emitter (output) of M1. The input, base of M1, is grounded. 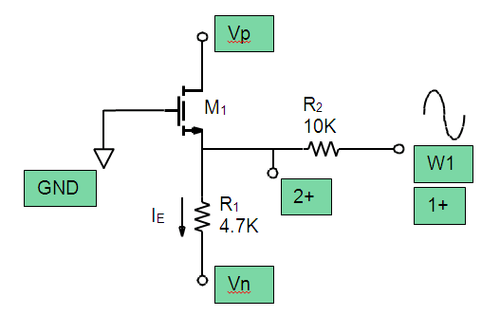 The waveform generator should be configured for a 1 KHz Sine wave with 2 volt amplitude peak-to-peak with the offset set equal to minus the VGS of M1 ( approximately -V ). This injects a +/- 0.1mA (1V/10KΩ) current into M1's source. Scope input 2+ measures the change in voltage seen at the source. 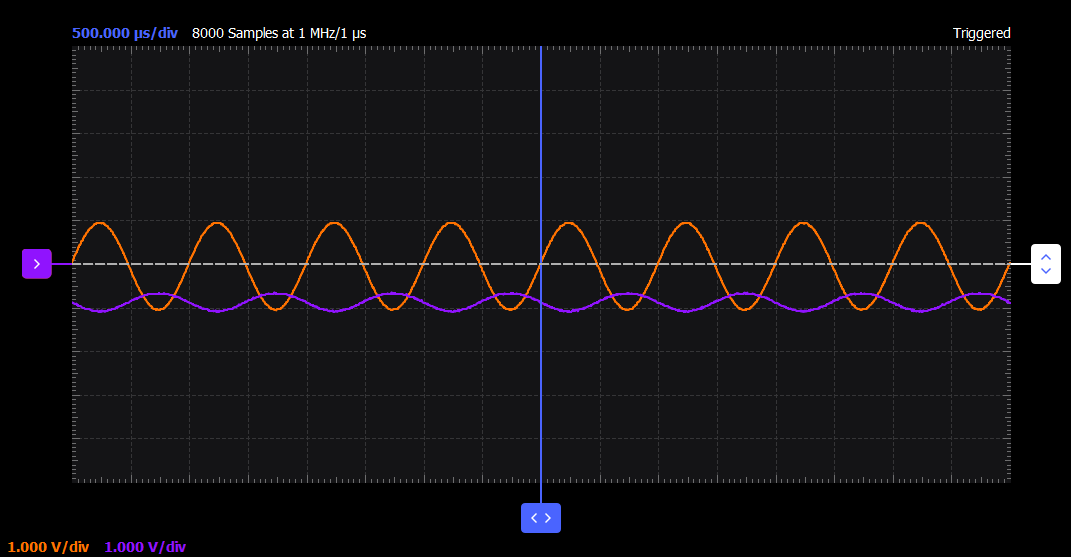 Plot the measured voltage amplitude seen at the source. The nominal source current in M1 is (Vn - VGS) / 4.7KΩ or 720uA. We can calculate rsfrom this current as ohms. How does this rs compare to the from the test data? Change the value of R1 from 4.7 KΩ to 2.2 KΩ and re-measure the output impedance of the circuit. How has it changed and why?