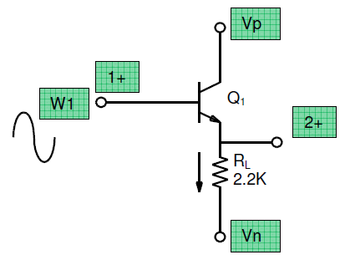 The waveform generator should be configured for a 1 KHz Sine wave with 4 volt amplitude peak-to-peak and 0 offset. The Single ended input of scope channel 2 (2+) is used to measure the voltage at the emitter. The Scope configured with channel 1+ connected to display the AWG generator output. When measuring the input to output error, channel 2 of the scope should be connected to display 2+ and 2- differential. 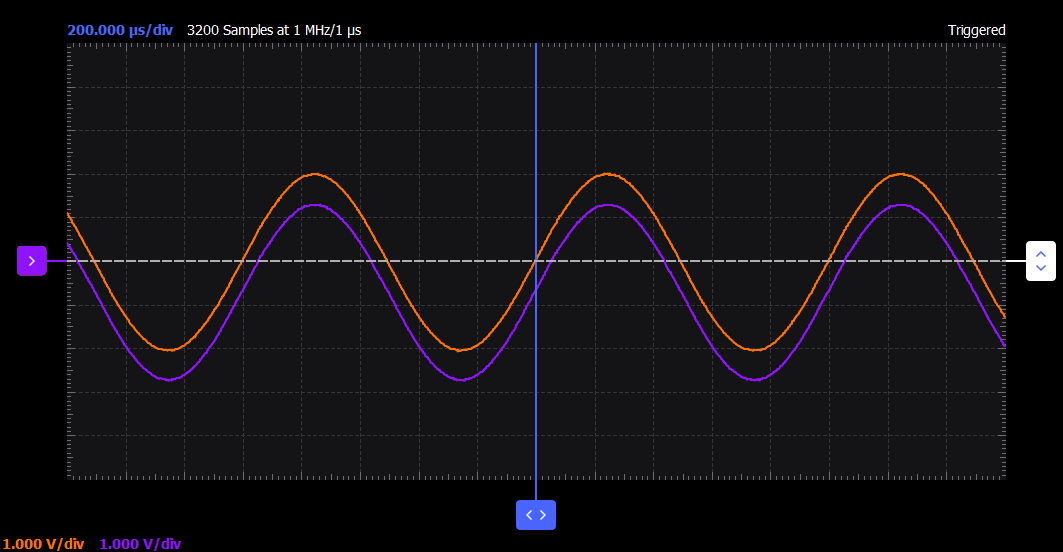 The incremental Gain (Vout / Vin) of the emitter follower should ideally be 1 but will always be slightly less than 1. The gain is generally given by the following equation:

From the equation we can see that in order to obtain a gain close to one we can either increase RL or decrease re. We also know that re is a function of IE and that as IE increases re decreases. Also from the circuit we can see that IE is related to RL and that as RL increases IE decreases. These two effects work counter to each other in the simple resistive loaded emitter follower. Thus to optimize the gain of the follower we need to explore ways to either decrease re or increase RL without effecting the other. Looking at the follower in another way, because of the inherent DC shift due to the transistor’s VBE, the difference between input and output should be constant over the intended swing. Due to the simple resistive load RL, the emitter current IE increases and decreases as the output swings up and down. We know that VBE is a (exponential) function of IE and will change approximately 18 mV (at room temperature) for a factor of 2 change in IE. In this +2V to -2V swing example the minimum IE = 2V/ 2.2KΩ or 0.91 mA to a maximum IE = 6V / 2.2KΩ or 2.7mA. This results in a 28 mV change in VBE. This observation leads us to the first possible improvement in the emitter follower. The current mirror from activity 5 is now substituted for the emitter load resistor to fix the amplifier transistor emitter current. A current mirror will sink a more or less constant current over a wide range of voltages. This more or less constant current flowing in the transistor will result in a more or less constant VBE. Viewed another way, the very high output resistance of the current source has effectively increased RL while re remains at a low value set by the current. 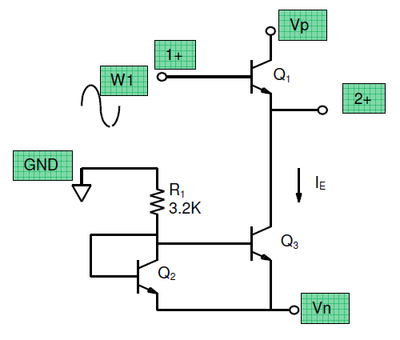 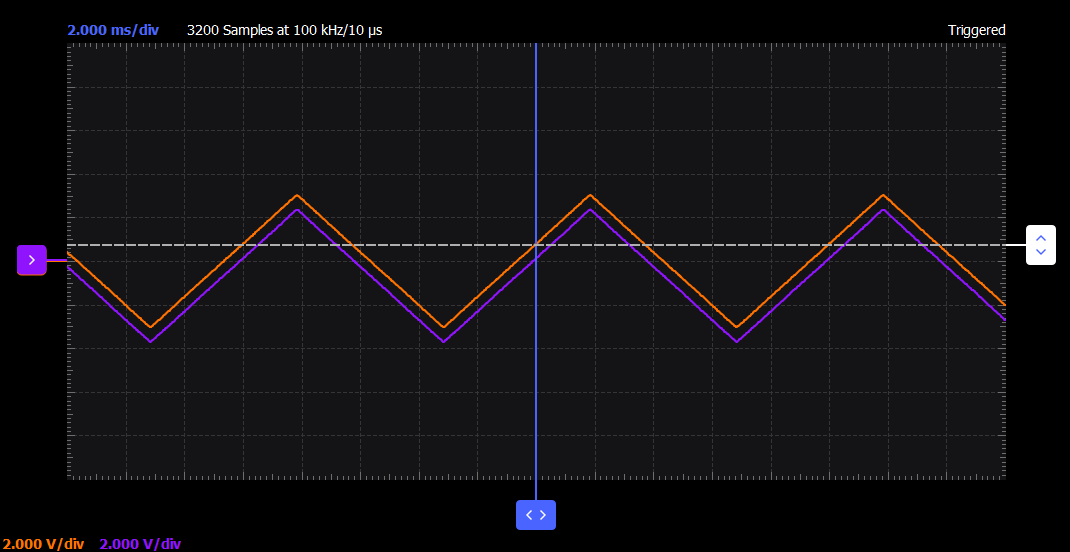 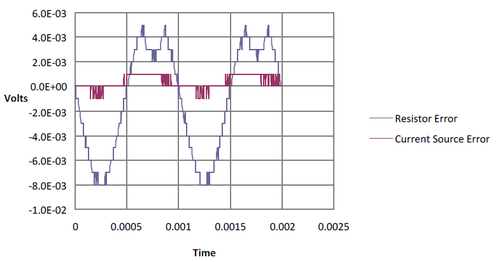 The circuit configuration below adds a resistor R2 to inject a test signal from AWG1 into the emitter (output) of Q1. The input, base of Q1, is grounded. 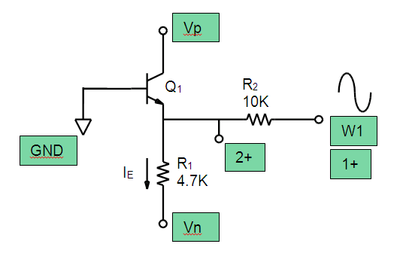 The waveform generator should be configured for a 1 KHz Sine wave with 2 volt amplitude peak-to-peak with the offset set equal to minus the VBE of Q1 ( approximately -0.65V ). This injects a +/- 0.1mA (1V/10KΩ) current into Q1‘s emitter. Scope input 2+ measures the change in voltage seen at the emitter. 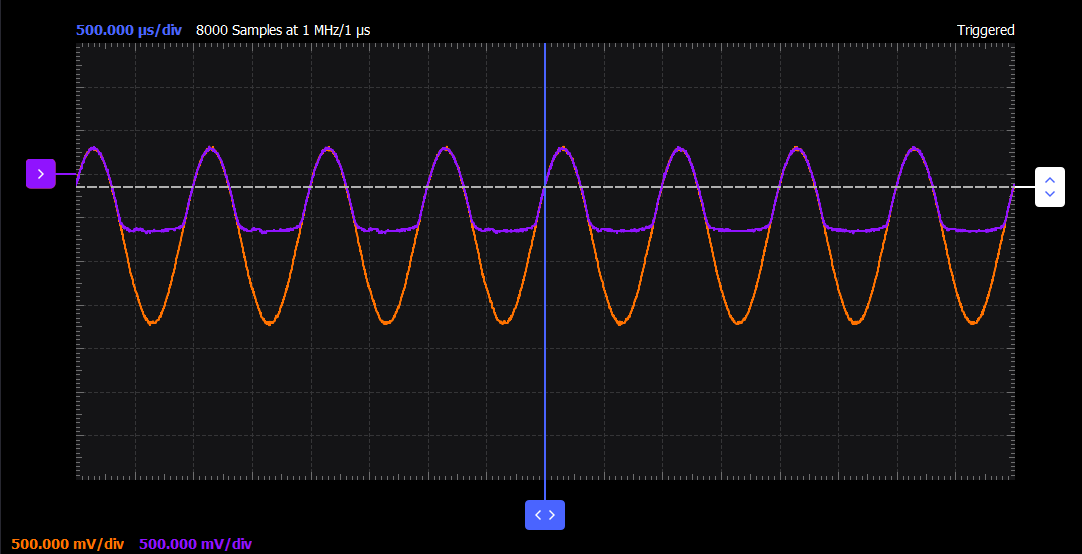 Plot the change in voltage measured at the emitter. The nominal emitter current in Q1 is (5V – 0.65) / 4.7KΩ or 925uA. We can calculate refrom this current as 26mV/925uA or 28Ω. How does this re compare to the value measured from the test data? Change the value of R1 from 4.7 KΩ to 2.2 KΩ and re-measure the output impedance of the circuit. How has it changed and why?? 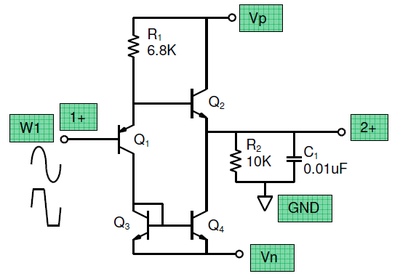 The waveform generator should be configured for a 1 KHz Sine wave with 2 volt amplitude peak-to-peak with the offset set equal to 0. Scope input channel 2 is set to 500mV / Div. 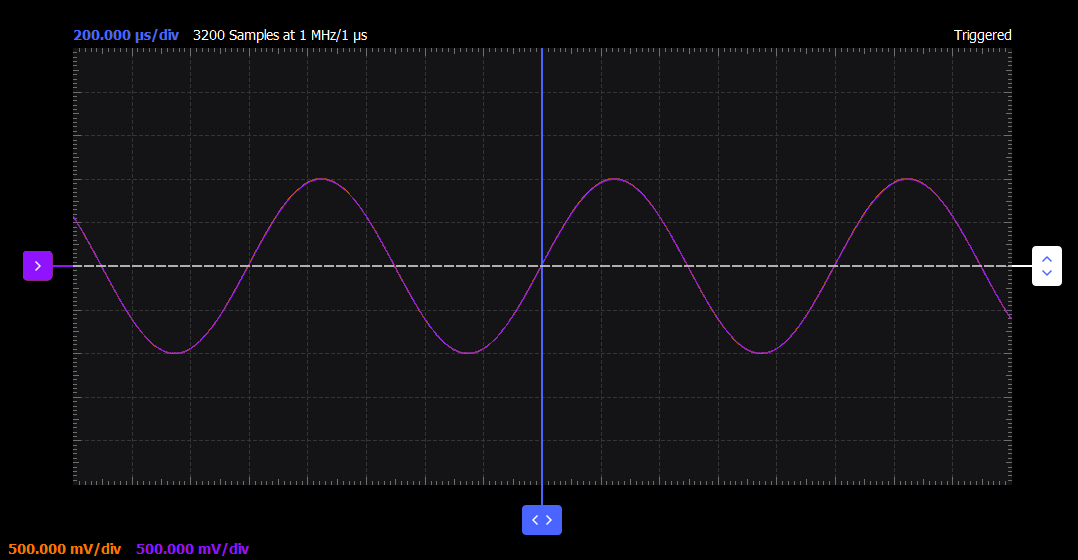 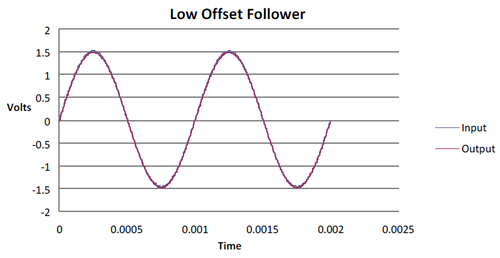 A problem suffered by the simple emitter follower can be seen when it drives a capacitive load. The rise time of the output can be relative fast as the emitter current is limited only by beta times the base current that can be supplied by the signal source driving the base. The fall time can be much slower and is limited by either the emitter resistor or current source. 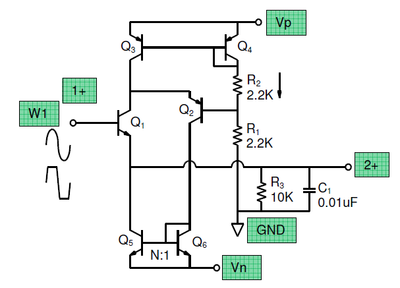 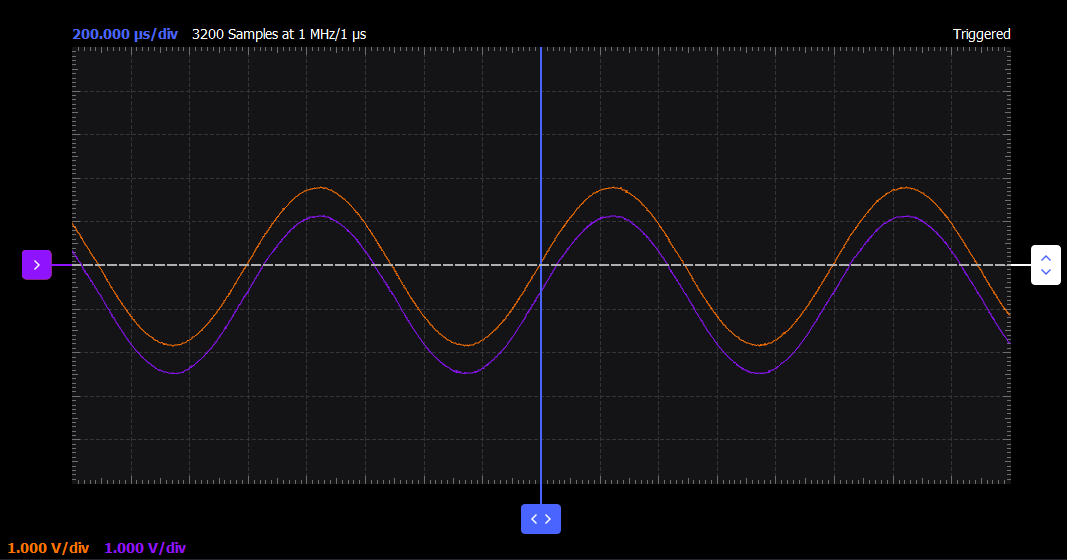 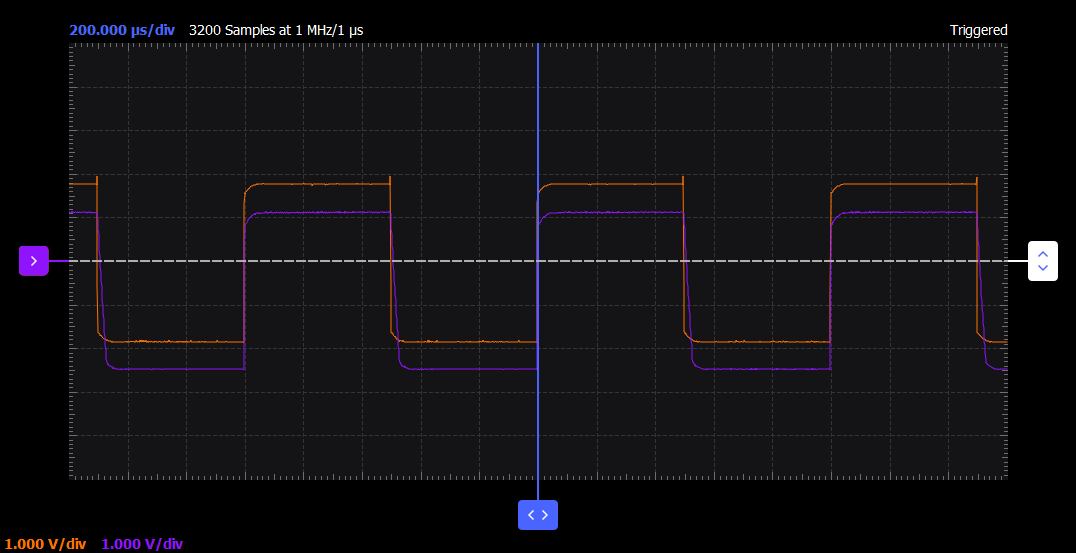 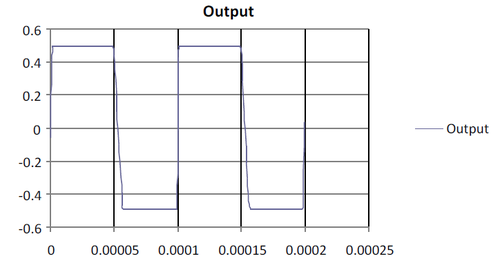 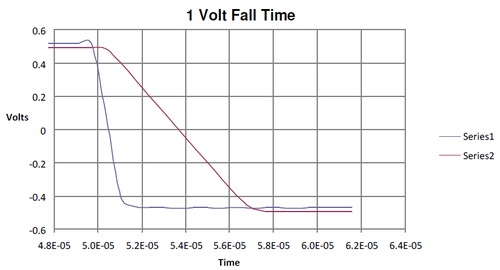 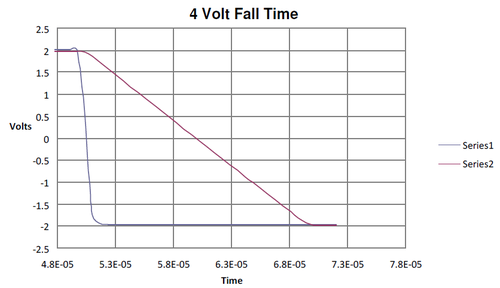 An alternate approach to improving the emitter follower is to reduce the effective re through negative feedback. Reducing re can be addressed by adding a second transistor to increase the negative feedback factor by increasing the open-loop-gain. The single transistor is replaced by a pair with 100% voltage feedback to the emitter of the first transistor. This is often referred to as a complementary feedback pair. The value of R2 is crucial to good linearity, as it sets the IC of transistor Q1, and also determines its collector loading. 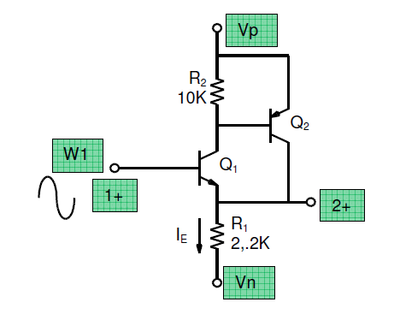 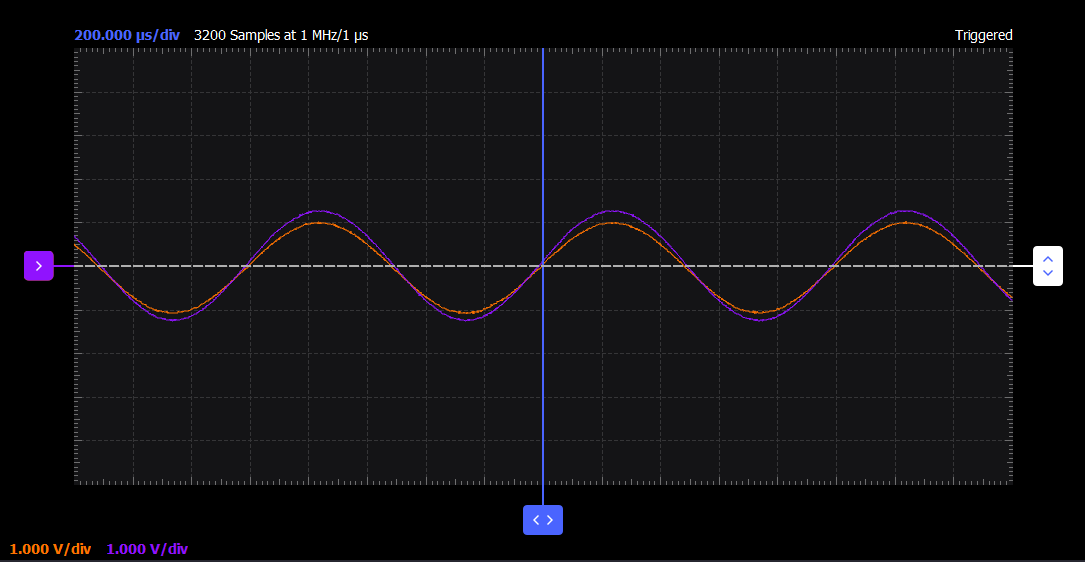 A minor addition to the complementary feedback pair emitter follower can provide a gain greater than 1. Resistor R3 is added between the collector of PNP Q2 and the emitter of NPN Q1. The output is now taken at the collector of Q2. The gain is approximated by the ratio of R3 to R1, Gain = (R1+R3)/R1. In this example it is about 3.2. 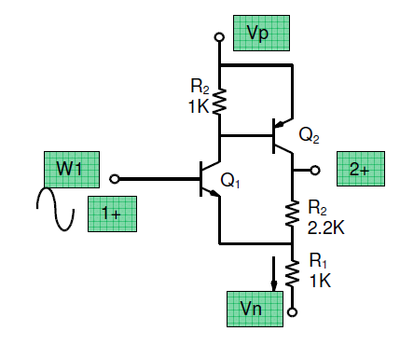 Figure 26 Follower with gain greater than 1 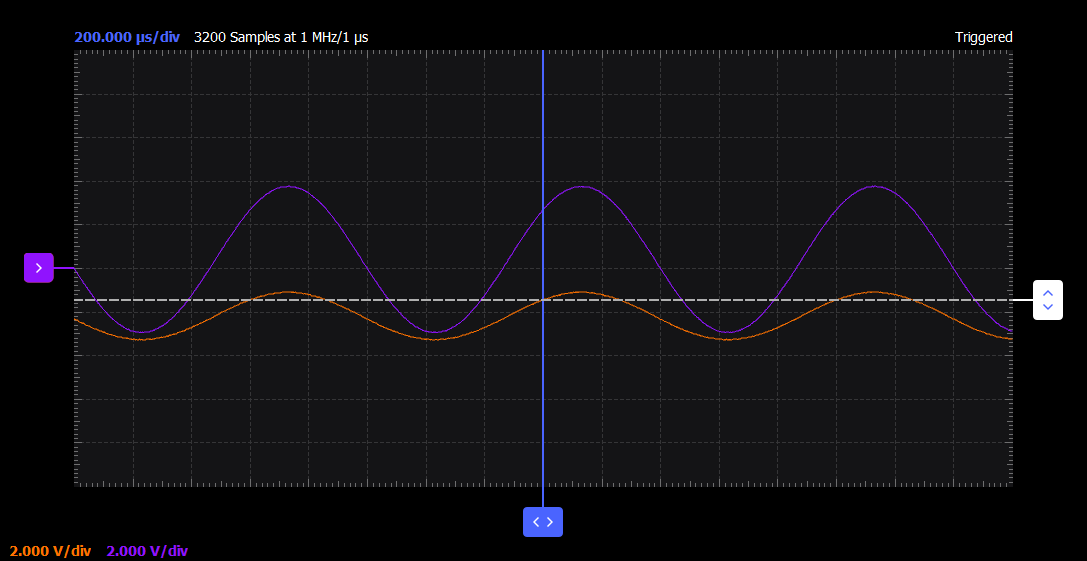 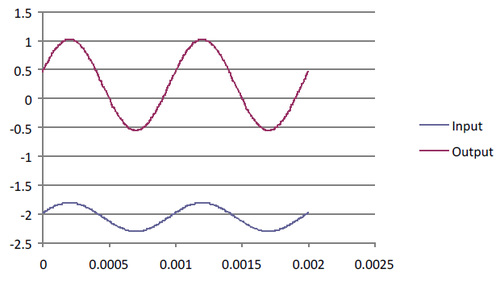 In addition to the gain (or as a result of it) the DC level of the output is shifted positive as compared to the gain of 1 version. This limits the range of input voltage where the circuit can operate as shown by the negative shift in the input DC level. The next plot normalizes out the DC offset. 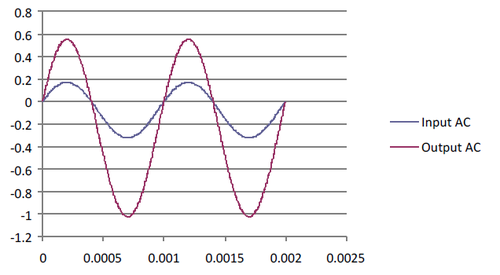 To confirm that the gain is indeed about 3.2 the next plot divides the output by the gain and compares that to the input. In this example the actual gain is 3.16, most likely due to the resistor values not being exact. 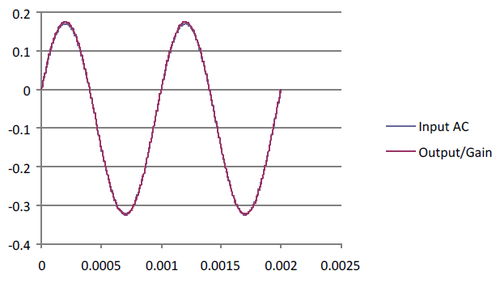 What limits the amount of gain greater than one that this circuit can produce?

What could be added to the circuit to remove / restore the DC levels at the input and output of this circuit?

What would happen if a diode connected NPN transistor were substituted for resistor R2 (2.2KΩ)? 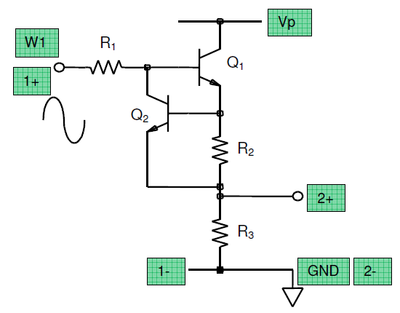 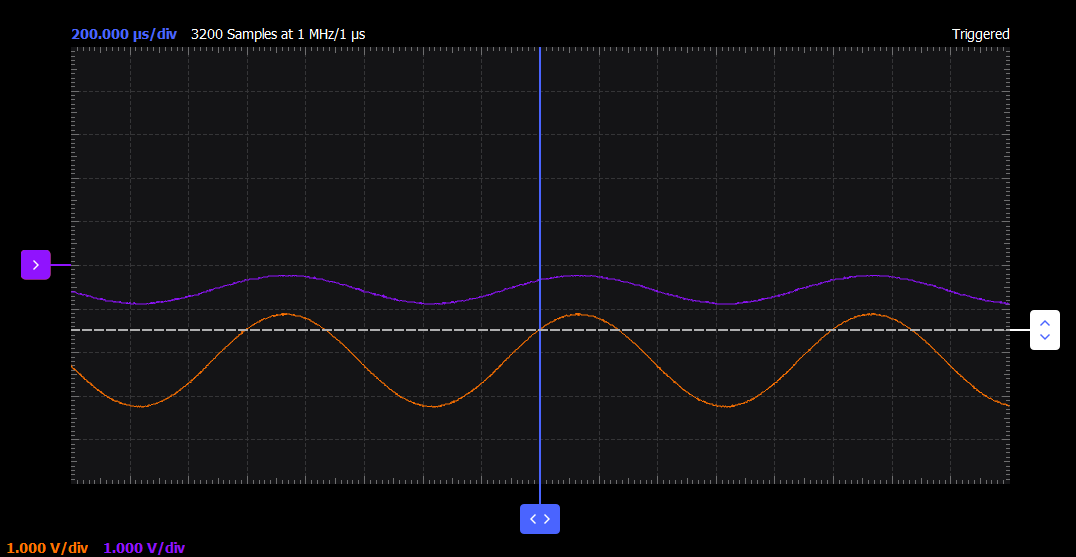 The concept in this circuit is that R2 acts as current sense resistor. When the load current times R2, the sense voltage, reaches about 0.6 (for silicon transistors ) Q2 begins to conduct and increases current in R1 which limits the base drive to Q1reducing its output current. The maximum current from the circuit is reached when IL*R2 = 0.6. This circuit can be used to protect amplifiers (including push pull amplifiers.), power supplies and other circuits; or it can be used as a constant current circuit. This is not a precision circuit; however it is a simple and effective circuit.