The objective of this Lab activity is to investigate series and parallel connected resistors.

Simple circuits with only a few components are generally straightforward for beginners to understand. But, things get more complex when larger numbers of components enter into the mix. Where is the current going? What are the node voltages doing? Can the circuit be simplified and easier to understand? The following information should help.

Before we get too far into the explanation, we need to define what a circuit node is. A node in a circuit is nothing more than the electrical junction between two or more components. When a circuit is depicted in a schematic such as figure 1, the nodes are represented by the wires (lines) between components. 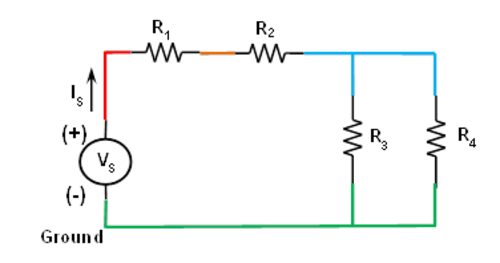 We also need to understand how current flows through a circuit. Conventional Current flows from a higher or more positive voltage to a lower or less positive voltage in a circuit. Some amount of current will flow through every path it can take to get to the point of lowest voltage, usually called ground (0 Volts). Using the above circuit as an example, here is how current will flow as it runs from the voltage source positive terminal to the negative terminal. 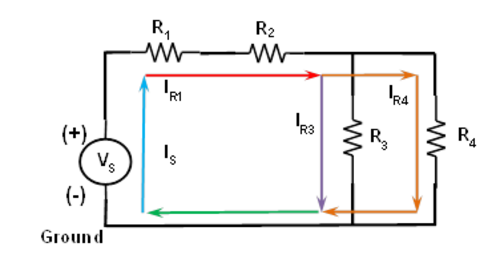 Notice that in some nodes (like between R1 and R2) the current is the same going in as it is coming out. At other nodes (specifically the three-way junction between R2, R3, and R4) the main (red) current splits into two different ones, the purple current flowing in R3 and the orange current flowing in R4. Also notice that the IR3 and IR4 currents recombine as the green current. That highlights the key difference between series and parallel connections.

When resistors are in series, they can be combined or lumped together as an equivalent single resistor with a resistance equal to the sum of the series resistances, i.e., 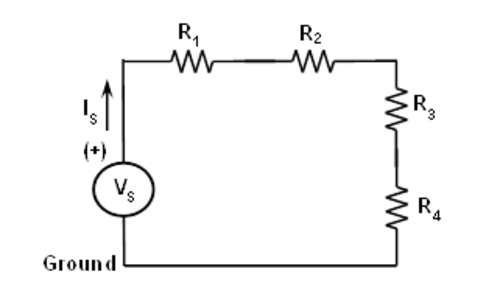 Why is this true? Ohm's Law tells us that the voltage across a resistor is equal to the current through the resistor times the resistance. So for the above series circuit:

We know that all the resistors have the same current IS.

Similarly for the other three resistors so:

Or factoring out IS:

So the total equivalent resistance is simply the sum of their values.

When resistors are in parallel, they can be combined or lumped together as an equivalent single resistor whose value is given by the following equation:

For two resistors in parallel this simplifies to: 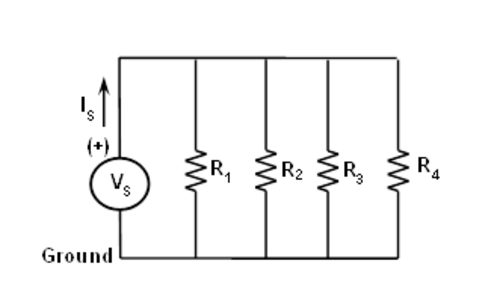 Why is this true? Ohm's Law tells us that the voltage across a resistor is equal to the current through the resistor times the resistance. So for the above Parallel circuit:

We know that all the resistors have the same voltage VS.

The current supplied by voltage source VS is the sum of the currents in the resistors.

Substituting for the four resistors we get:

Or factoring out VS:

Rearranging for resistance we get the total equivalent resistance:

Place three 100Ω resistors in series on your solderless bread board as shown in figure 4. Connect using jumper wires connect the CH A input to the left side of the first resistor and the CH B input to the right side of the same resistor. 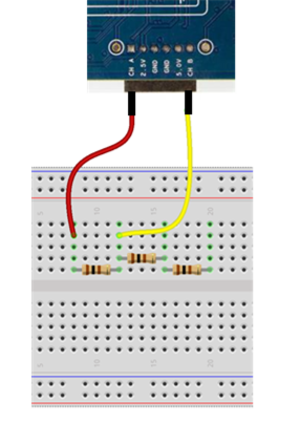 Start the ALICE M1K Ohm Meter tool. The screen is shown here. The software uses a known resistor to test the unknown resistor against. The ADALM1000 has a built in 50 Ohm resistor that can be used for this. Be sure that the Int option is selected. The voltage level that is used to measure the resistor can be set. Testing at the maximum 5.0V gives the best results for most resistor values. Click on Run and you should see something like this with the single 100 Ω resistor. 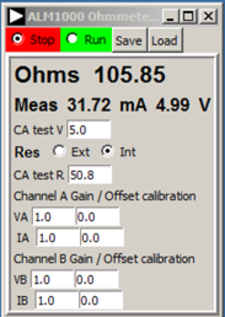 Move the CH B jumper wire to the right end of the second resistor as shown next. 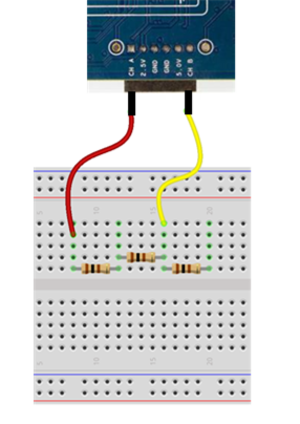 The ohm meter should now read the value for the two resistors in series or about 200 Ω. Now move the CH B jumper wire to the right end of the third resistor as shown next. 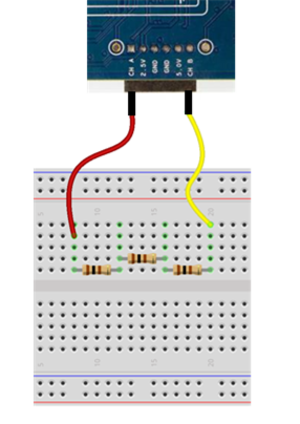 The ohm meter should now read the value for the three resistors in series or about 300 Ω. 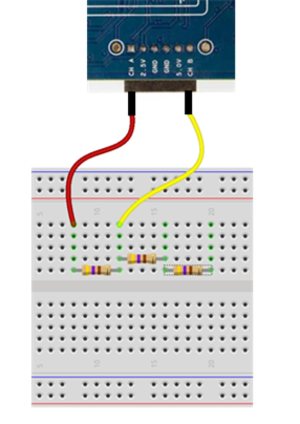 The ohm meter should now read the value for the single resistor or about 470 Ω. Move the middle 470 Ω resistor so it is in parallel with the resistor on the right as shown next. 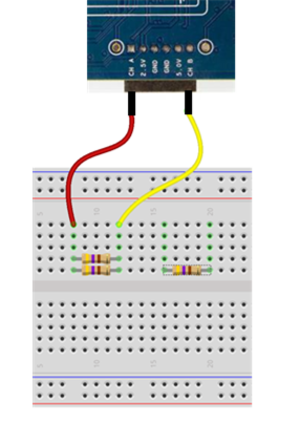 Move the third 470 Ω resistor so it is in parallel with the other two resistors on the right as shown next. 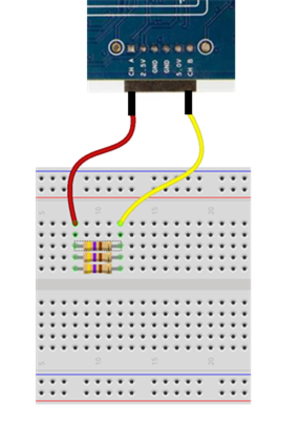 Experiment with other combinations of resistors and values to check that the formulas hold for any value resistor.

More complex connections of resistors are generally just combinations of series and parallel connections. This is commonly encountered, especially when wire resistances is considered. In that case, wire resistance is in series with other resistances that are in parallel.

A combination circuit can be broken up into similar parts that are either series or parallel, as shown in figure 7. In the figure, the total resistance can be calculated by relating the three resistors to each other as in series or in parallel. 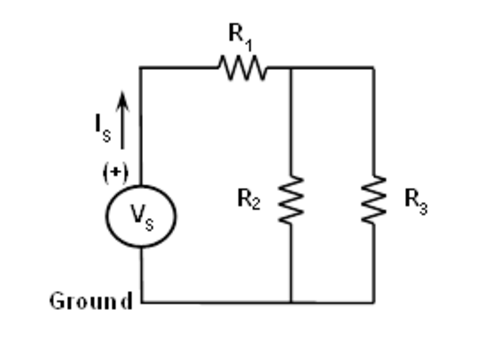 R2 and R3 are connected in parallel in relation to each other, so we know that for those two resistors the equivalent resistance will be:

The combined resistance of R2 and R3 are in series with R1 so the total equivalent resistance will be:

For more complicated combination circuits, various parts can be identified as series or parallel, reduced to their equivalents, and then further reduced until a single resistance remains.