Recording a macro and generating scripts

ACE has a feature called Macro Tools to record configuration and device interaction steps by putting them into a file called a Macro. Once a Macro is generated using the Macro Tools feature, it can then be called again thereby repeating the steps performed in one go. Following steps explain how to generate a macro. 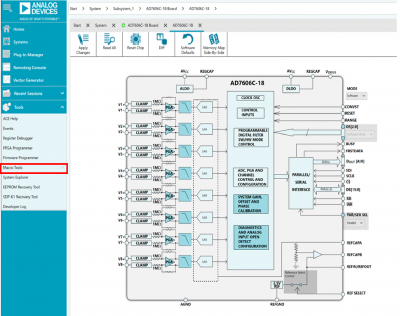 Once a macro file has been recorded, it can then be stored into a macro file and played again to repeat the previously performed steps.

Additionally, ACE has a built in feature to then generate scripts that perform the recorded actions in a supported language of choice. 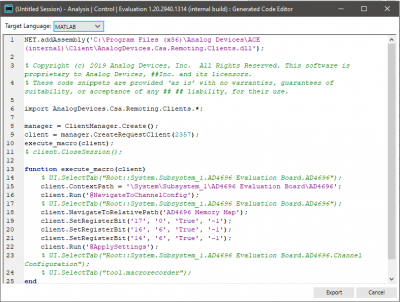 his code can then be imported into an IDE for execution. Using this code as the base, add additional features like instrument control so as to have an automated set of measurements.

Apart from supported languages, the remote API can also be used by IDEs that support DLLs like LabVIEW. The DLL is located in the ACE installation directory within the subfolder “Clients”.