Each AD7991/AD7995/AD7999 provides a 2-wire serial interface compatible with I2C interfaces. The AD7991 and AD7995 come in two versions and each version has an individual I2C address (see Table 8 of data sheet for address and part number selection). This allows two of the same devices to be connected to the same I2C bus. Both versions support standard, fast, and high speed I2C interface modes. The AD7999 comes in one version.

The AD7991/AD7995/AD7999 normally remain in a shutdown state, powering up only for conversions. The conversion process is controlled by a command mode, during which each I2C read operation initiates a conversion and returns the result over the I2C bus. 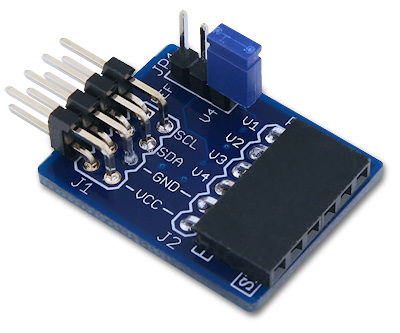 The Communication Driver has a standard interface, so the AD799x driver can be used exactly as it is provided.

There are three functions which are called by the AD799x driver:

The following functions are implemented in this version of AD799x driver: