The device can be configured to have four differential inputs or eight pseudo differential inputs. The on-chip channel sequencer allows several channels to be enabled simultaneously, and the AD7193 sequentially converts on each enabled channel, simplifying communication with the part. The on-chip 4.92 MHz clock can be used as the clock source to the ADC or, alternatively, an external clock or crystal can be used. The output data rate from the part can be varied from 4.7 Hz to 4.8 kHz.

The device has a very flexible digital filter, including a fast settling option. Variables such as output data rate and settling time are dependent on the option selected. The AD7193 also includes a zero latency option. 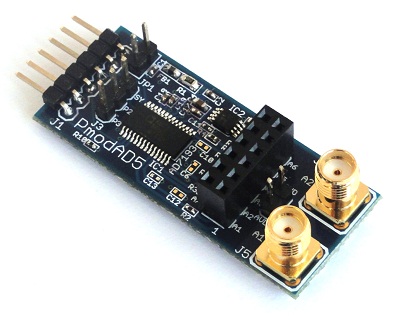 The Communication Driver has a standard interface, so the AD7193 driver can be used exactly as it is provided.

There are three functions which are called by the AD7193 driver:

The following functions are implemented in this version of AD7193 driver: