The wiper settings are controllable through an SPI-compatible digital interface. The resistance between the wiper and either end point of the fixed resistor varies linearly with respect to the digital code transferred into the RDAC latch.

Operating from a 2.7 V to 5.5 V power supply and consuming less than 5 μA allows for usage in portable battery-operated applications. 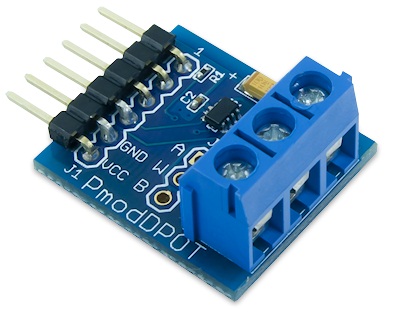 The Communication Driver has a standard interface, so the AD5160 driver can be used exactly as it is provided.

There are three functions which are called by the AD5160 driver:

The following functions are implemented in this version of AD5160 driver: