This schematic shows a simple way of smoothly switching (crossfading) from one signal to the other (here 500 Hz and 2kHz). It uses these blocks: DC Input control entry, two Tone (Lookup/Sine), Crossfade (Data-Controlled), and Output. 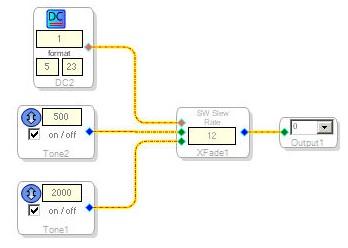 This schematic shows a simple way of multiplexing two sources and then demultiplexing the signals to two outputs. Two Tone (Lookup/Sine) blocks feed an Index-Selectable Multiplexer, with the switching between them controlled by a DC Input. The output goes to an Index-Selectable Demultiplexer, whose behavior is controlled by a second DC Input Entry to feed two Outputs. 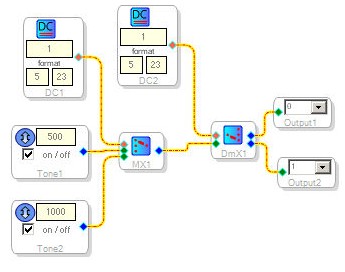 Below is the frequency response of the HP filter. 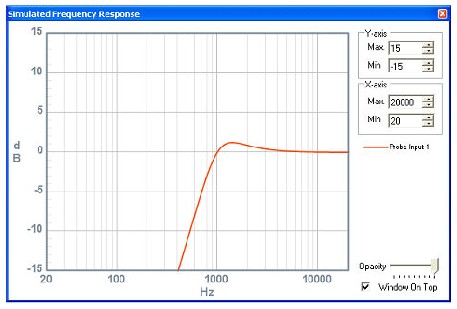 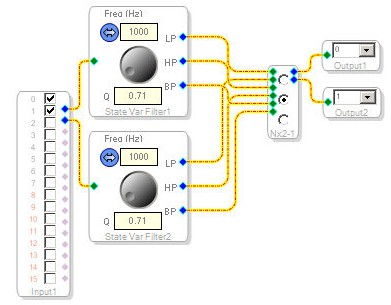 This schematic uses a Counter as the control, a Tone (Lookup/Sine) and a State Machine block, in order to show how the tone passed through to the output is blocked once the count goes beyond the specified range.