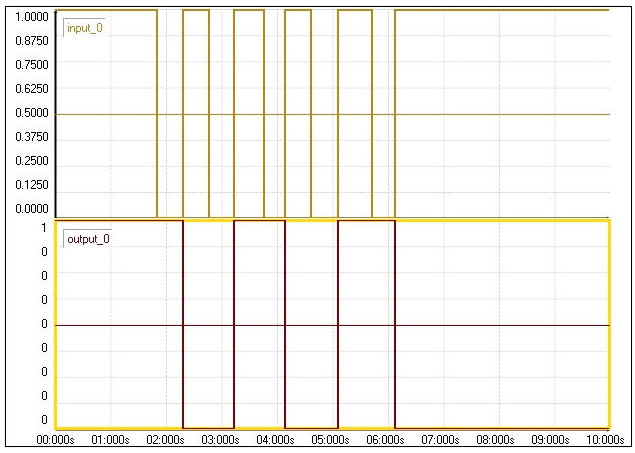 In the example below, the 23rd bit (in a SigmaDSP with 5.23 decimal representation) is toggling. Therefore, the output toggles between zero and 0.5 in decimal format. 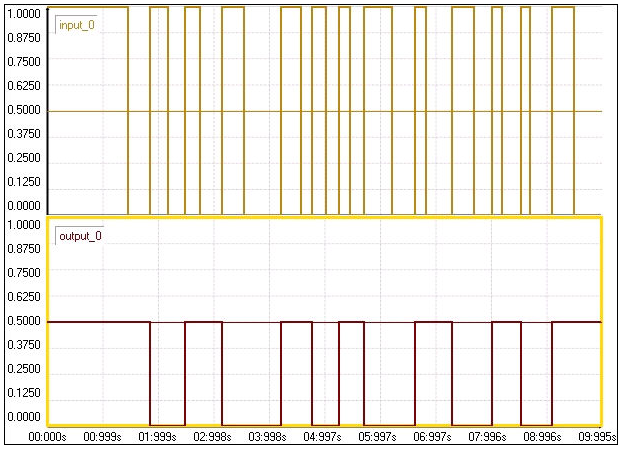 The input to this cell should only take on two values - for example, a logic switch or a square wave. Signals such as sine waves or noise signals will cause the cell to behave in an unpredictable way.

This simple example will toggle the 24th bit on the output each time the input switch outputs a rising edge. The output will be a series of zeros and ones in 5.23 format. 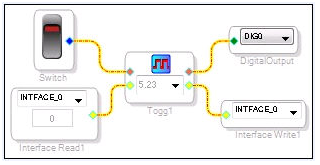