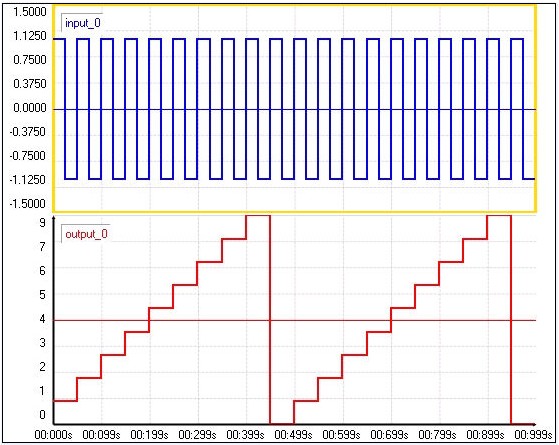 In the example below, the maximum count value is set at 100. The count er will reset after 101 rising edges have been detected on the input. 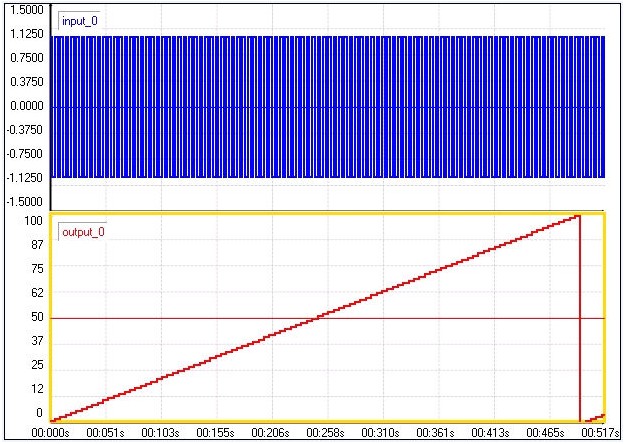 Edge detection is done on a sample-by-sample basis. If the current sample exceeds the previous sample, it will be treated as a rising edge, regardless of if the input is really an edge or not.

The example below illustrates this. This is not recommended for a real application of the algorithm. In real applications, input signals should take on only two values, such as logic switches or square waves. 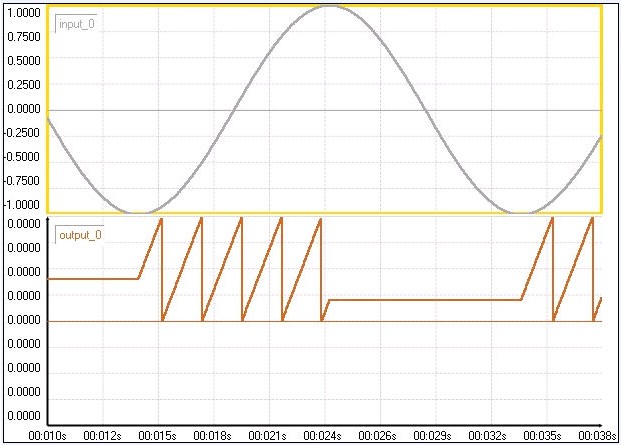 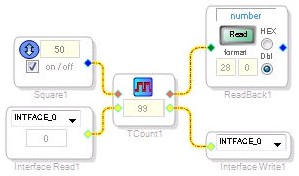