Click here to return to the Filters page
The General (2nd-Order / Index Selectable) block provides a wide variety of 2nd-order filter algorithms. This block extends the functionality of the General (2nd-Order / Lookup) filter with an enhanced graphical filter design tool. In addition, each of this filter's response curves can be designed independently, allowing you to use complex filter configurations to match your desired system response.

This block is implemented as a biquad filter that has multiple sets of coefficients stored in tables on the DSP. See General 2nd-Order Filters (in Algorithm Information) for details about the biquad filter design techniques used for this block.

To open the Filter Control Window, Click the icon button: 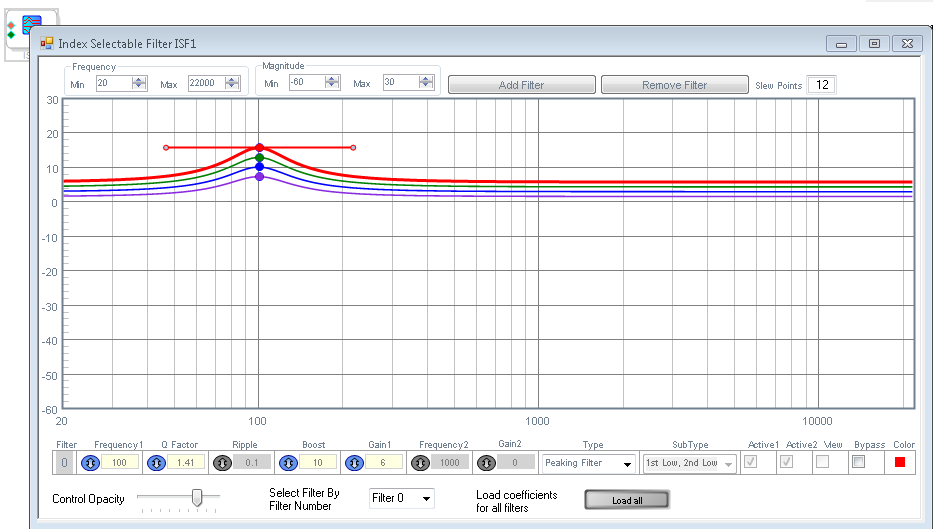 You can add additional filter curves by clicking the Add Filter button. To remove a filter, select the filter in the graph or clicking its index in the Filter column and press the Remove Filter button.
Coefficients can be loaded for all added filters using the load all button which opens the choose file dialogue where the file containing all coefficients can be loaded as shown in the figure. Coefficients file is expected as a text file containing the biquad coefficients in the following order. 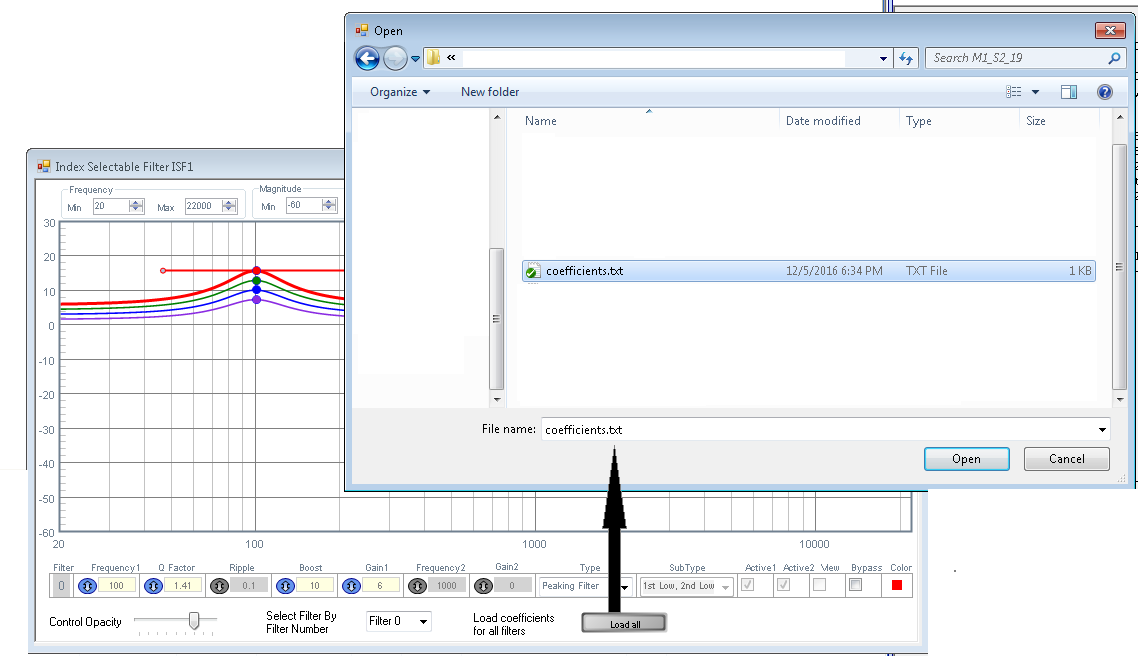 When the filter type chosen is IIR, coefficients for that particular filter can be chosen by clicking the load button which opens a choose file dialogue where the file containing all coefficients can be loaded as shown in the figure. 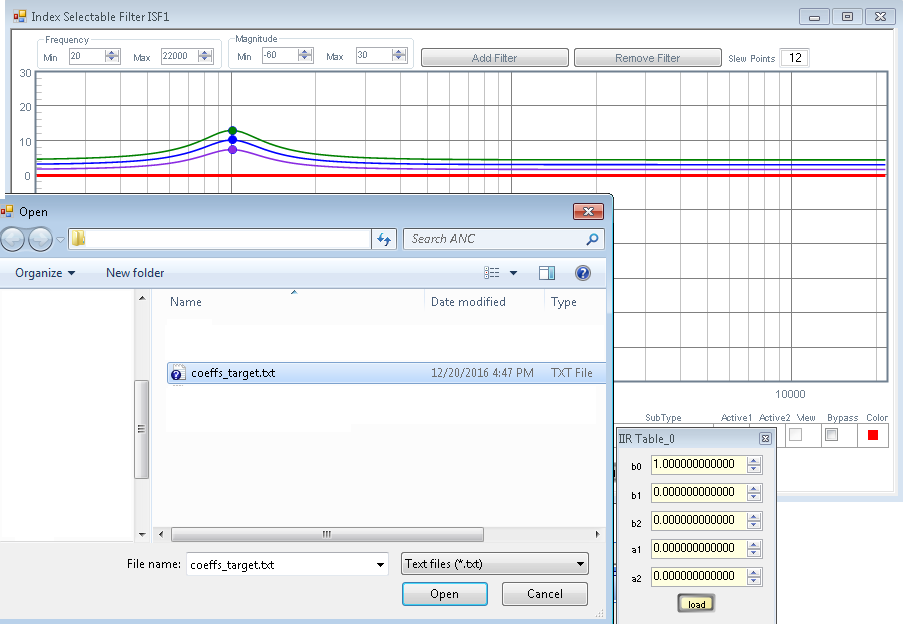 In this example, ISF1 and ISF2 are the names of the two consecutive blocks on Figure c. Both blocks contain four filters, and are set to the “zeroth” index filter, curve 0, selected by the DC input in “28.0” format. (Other formats cannot be used for selection). The ISF1 window is shown below. The cascaded Transfer Function is represented at the bottom. A different filter response curve can be selected by changing the value of the DC input block to corresponding filter index. 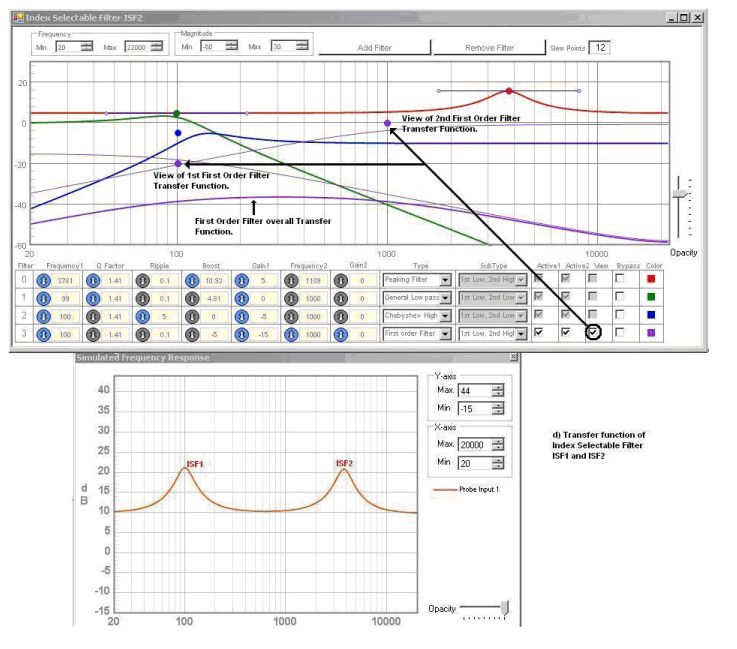 Using cascaded Index Selectable Filters (ISF) as in the above example, it is possible to simulate complex responses like the Fletcher & Manson psychoacoustic contours of loudness.