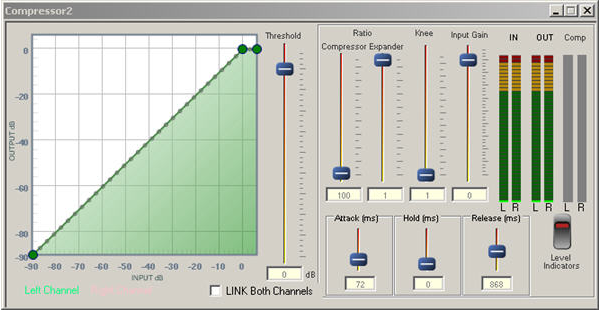 The Standard Independent Peak Compressor is meant to function like most other SimgaStudio peak compressors. The performance and main algorithm driving the Standard Peak is the same as the other compressors in the same library folder (Peak - Standard Resolution - Lower Range). The main differences are outlined here:

If an average between left and right channels is desired for the detection method, the Standard Peak compressor should be used.

This is an example of the compressor being used directly on the input signal. The compressor is connected to an external Volume Control for a post gain level before sending to the outputs. 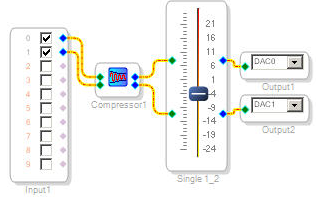