MicroPython is an open-source software. You can build MicroPython yourself from the source code using CrossCore Embedded Studio(CCES). Either the Windows version or Linux version of CCES will work.

Make sure you have CCES installed, as well as a desktop version of Python 3.

Windows user: please download that from Python official website. The folder containing the Python executable needs to be added to PATH. This is an option that can be enabled during installation, or you can add it manually later after the installation. 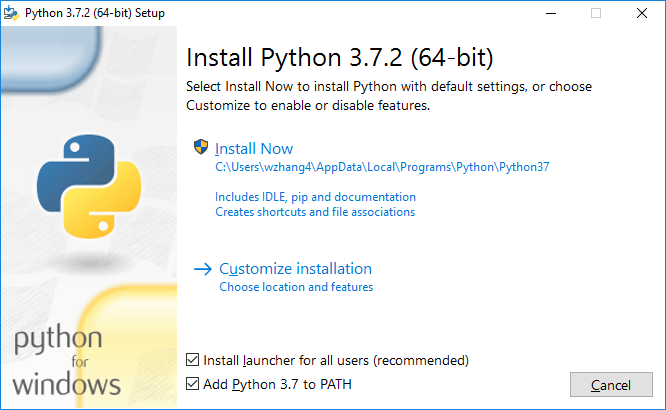 Also, please download Git for Windows since the Makefile used for building MicroPython executes commands like 'mkdir' and 'rm'.

Linux user: you may install Python 3 from your distribution's software repository, and no extra configuration should be necessary after installation.

Start by cloning the GitHub repository of MicroPython: https://github.com/analogdevicesinc/micropython.git, you can use Git for Windows or GitHub Desktop to do that. Note that MicroPython relies on external repositories so cloning should be done recursively.

After cloning that onto your local computer, open the project located inside ports/sc5xx using CCES: 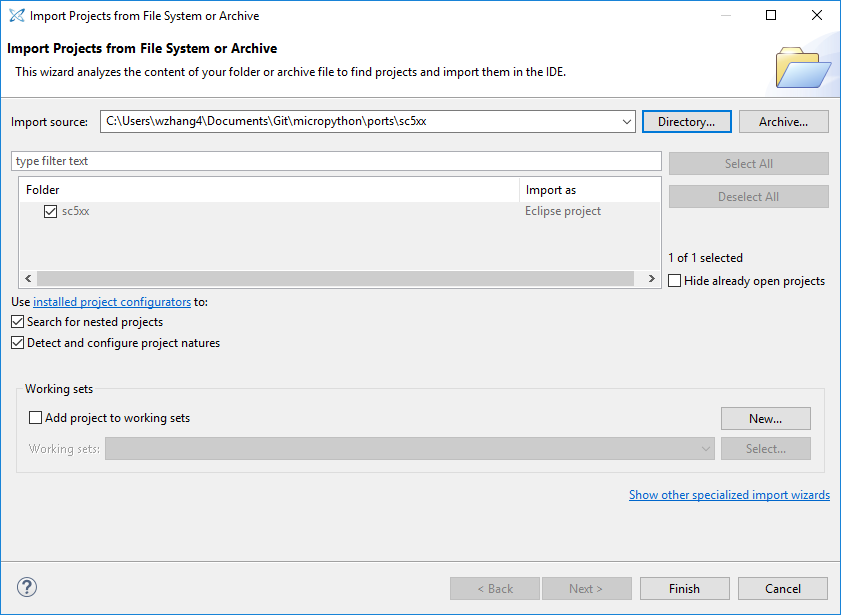 After opening the project, build it normally using the build command.

Now MicroPython should be built inside the folder ports/sc5xx/build-sam.

Optionally, users can generate a loader file that can be flashed into the SPI Flash(This only works with Windows version, replace firmware with the path to your binary):