A window function is a mathematical function that is normally symmetric around the middle of the interval, usually near a maximum in the middle, and usually tapering away from the middle.

Each window function has its own characteristics and suitability for different applications (some are more frequency accurate, others are more amplitude accurate). To choose a window function, you (the user) must select the most appropriate one. Some suggestions: 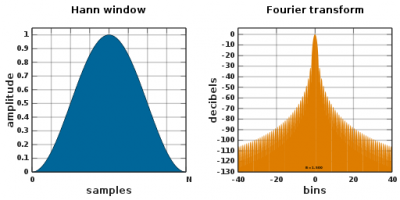 The rectangular window (also known as as boxcar, uniform or Dirichlet window) is the simplest window, equivalent to replacing all but N values of a data sequence by zeros, making it appear as though the waveform suddenly turns on and off. 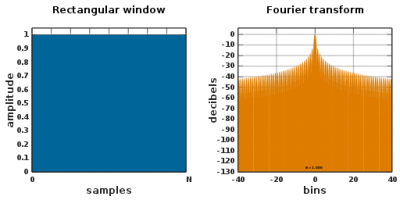 Triangular windows are given by: 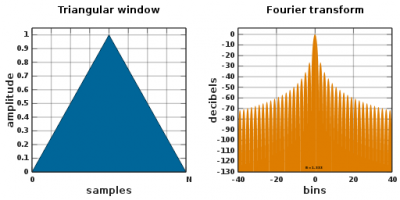 The Welch window consists of a single parabolic section: 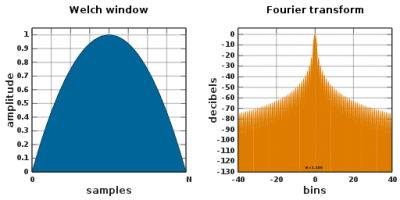 The version that we implement is known as the Exact Blackman and uses: 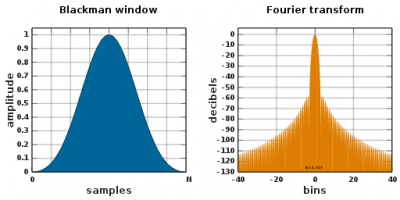 The cosine window is also known as the sine window, as it represents half a cycle of a sinusoidal function, 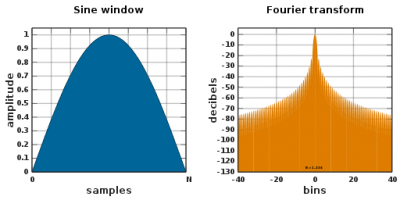