The RapidNet module is used as primary MCU for application purposes and also used to communicate using RapidNet IP.

Even though the module software is open to customers, the RapidNet IP protocol stack is still a black box. 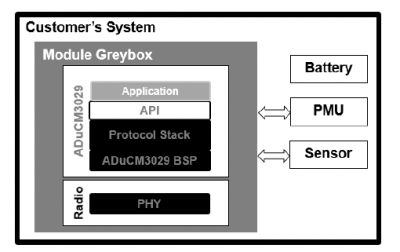 The RapidNet module is used as a comms pipe by a different MCU which is primarily uised for application purposes. The application's MCU (apps MCU) is expected to use certain APIs over UART in order to communicate over RapidNet IP. 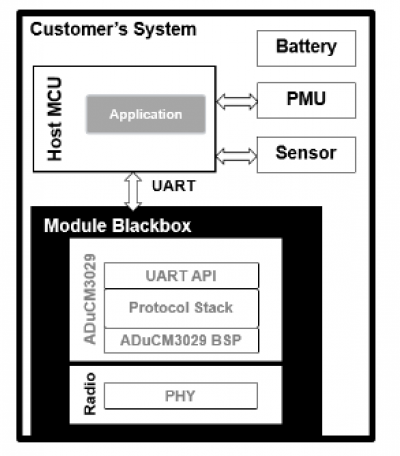 The rfmodule project provided with the RapidNet software package is the default firmware to be programmed to the RapidNet module. It provides several configurable UART parameters such as baudrate, parity, data, stop bits, etc.

By default, the rfmodule firmware supports a baudrate of 460800, data of 8 bits, 1 stop bit, and no parity 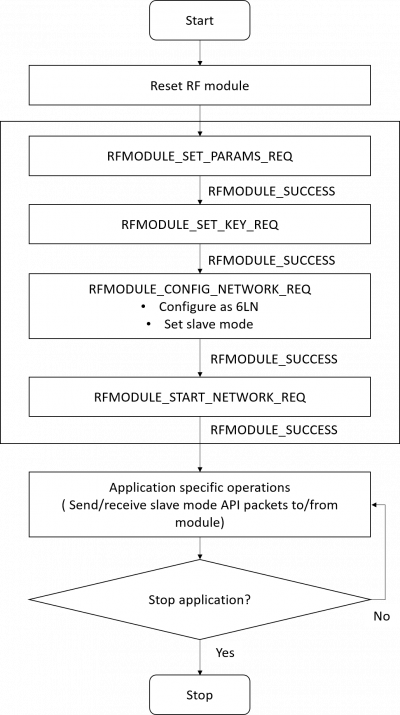 RF Module stack parameter configurations and stack initialization can be controlled from Apps MCU through RFM commands. Some basic configuration commands are-

The RapidNet module needs to be reconfigured on reset when last used in slave mode.

These APIs allow the RapidNet module to be used as a comms pipe by the Apps MCU. Some basic APIs are-

Host MCU should put the RapidNet module to sleep whenever there are no packets to be sent.

The full list of configuration/slave mode APIs with details of command ID, data and expected response can be found in the RapidNet API guide.

The device PAN ID, PHY data rate, and transmit power can be set using a single command as shown below 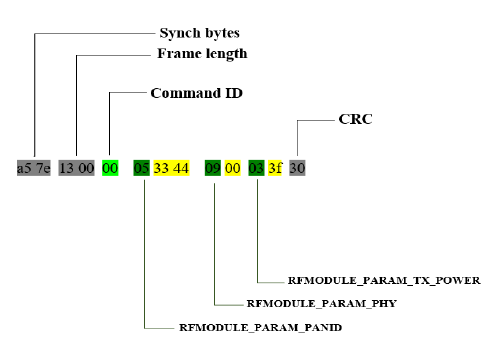 The format and parameters to send data request command to the RF Module to start device as RapidNet IP node is shown below. 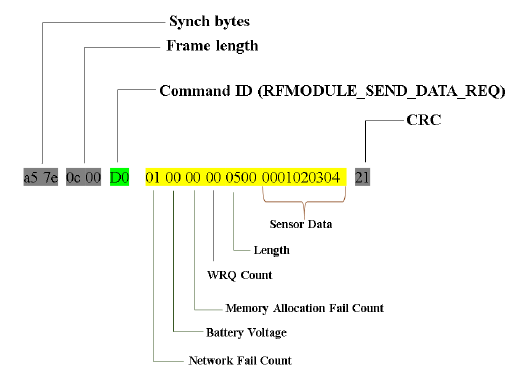 A sample slave mode application is provided in the RapidNet software package, it uses the ADuCM3029 as it’s Apps MCU and the source code can be found in the path- \RapidNet-IP-Rel1.1.2\Tools\sample_host_apps\ 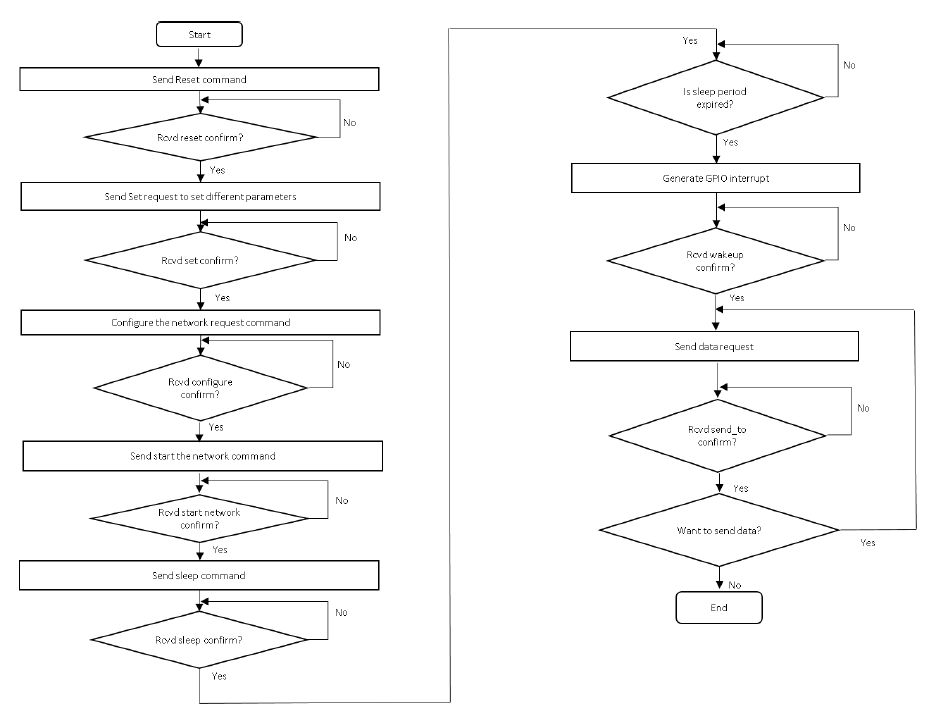