Production tests for ADRV-PACKRF BOX are composed of a series of Bash scripts that run both on Raspberry Pi and DUT (Device under test). The tester only interacts with the Raspberry Pi through a keyboard and monitor. Connected to the Raspberry PI should be an HDMI display where information about tests, required tester actions and results are displayed.

Assembling of the box is split in two phases (Partial Assembly and Full Assembly). After each assembly phase the corresponding testing batch must be run.

If one of the test fails the testing sequence will stop and “FAILED” message will be printed. Tester can get information related to what component failed. After that he can either try to test again or mark the tested device as defective.

A set of log files is created and stored on Raspberry PI SD card. These logs can be used to supervise the testing process. 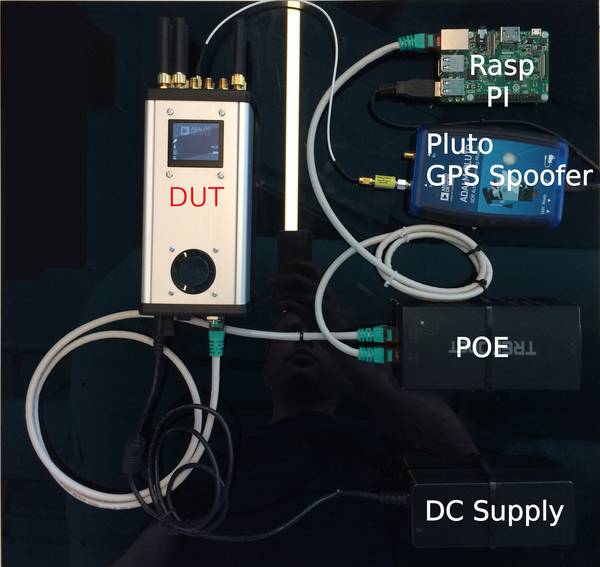 The SD card image used for production testing has no differences compared to the one prepared for shipping of the PackRF. To create it please follow the instructions presented here: Zynq & Altera SoC Quick Start Guide and here: SD card update sub-section “User Space Tools”

The SD image used is based on Raspbian Stretch with desktop. On top of that the “setup_env.sh” script should be run to prepare the testing framework.

To set the PI SD card please follow the steps:

This test sequence can only be started once Partial Assembly is complete.

The following items will be tested:

This test sequence can only be started once Full Assembly is complete.

The following items will be tested: