CN0416 is an isolated and non-isolated RS-485 transceiver board which allows easy implementation of asynchronous serial (UART) data transmission between multiple Arduino form factor systems or nodes, especially over long distances. The circuit uses the ADM2682E RS-485 transceiver for isolated communications and the LTC2865 for non-isolated RS-485 communications. Both can be configured to either full-duplex or half duplex operation and with open or terminated transmission lines. The circuit has on-board RJ-45 ports which allows the use of the common CAT5 cable for fast physical wiring of nodes. The termination resistance is catered by default to the CAT5 cable characteristic impedance of 100 ohms but can be configured to support the standard RS485 cable impedance of 120 ohms. The cable also carries power supply lines which are by default unpowered but can be connected to a 3.3V supply from the board's low-dropout voltage regulator, ADP7102. The system has an on-board 10-pin connector compatible with the ADALM-UARTJTAG which allows for serial connections to a PC or other device.

The ADM2682E is capable of a data rate up to 16 Mbps and has true fail-safe receiver inputs with adjusted differential voltage threshold. It provides 5 kV signal isolation using the iCoupler data channel and 5 kV power isolation using the isoPower integrated dc-to-dc converter.

The LTC2865 is capable of a data rate up to 20 Mbps and has full fail-safe receiver inputs. An internal window comparator determines the fail-safe condition without the need to adjust the differential input voltage thresholds. 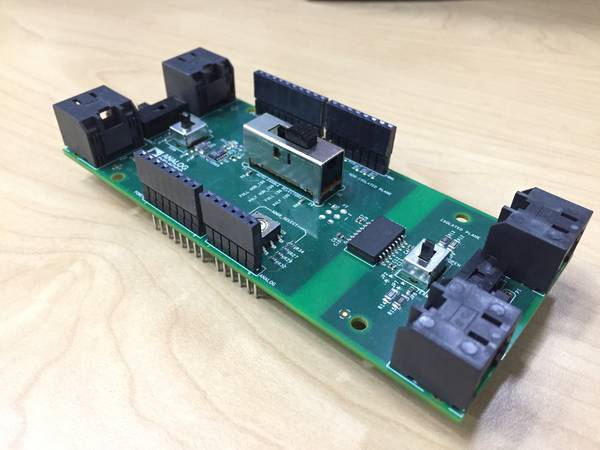 The switches shown in the image above provide the following functions.

In summary, all switch positions for the configurable settings of the CN0416 in RS-485 communications are shown below. (Switch positions that do not matter for a setting are NA)

Full Duplex or Half Duplex Operation 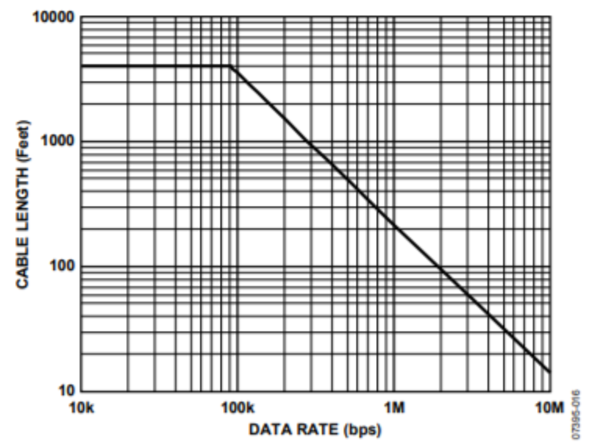 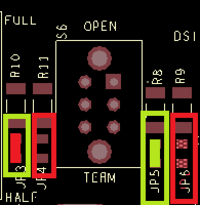 Switch S6 and S7 controls the type of termination of the RS-485 lines.

The hex switch can be used to easily setup node addressing when the CN0416 is connected to a microcontroller via the Arduino headers. Bits are connected to analog inputs A0-A3 by default, which can be read as digital inputs by most Arduino platforms. Alternative bit mapping can be selected by resistor-stuff options on the CN0416, shown in parentheses. The bit values of the gpio pins used in node addressing are shown below.

Below shows illustrations of connecting multiple nodes using either a straight-through or a crossover cable for both isolated and non-isolated communications. 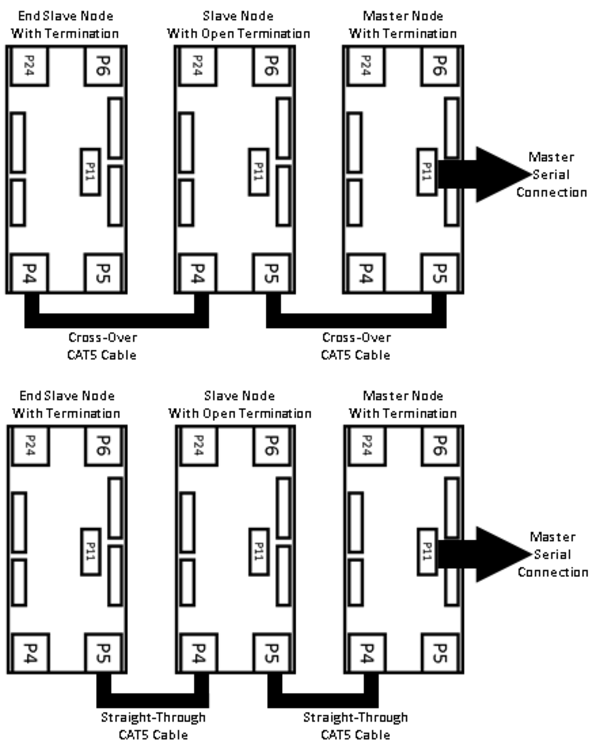 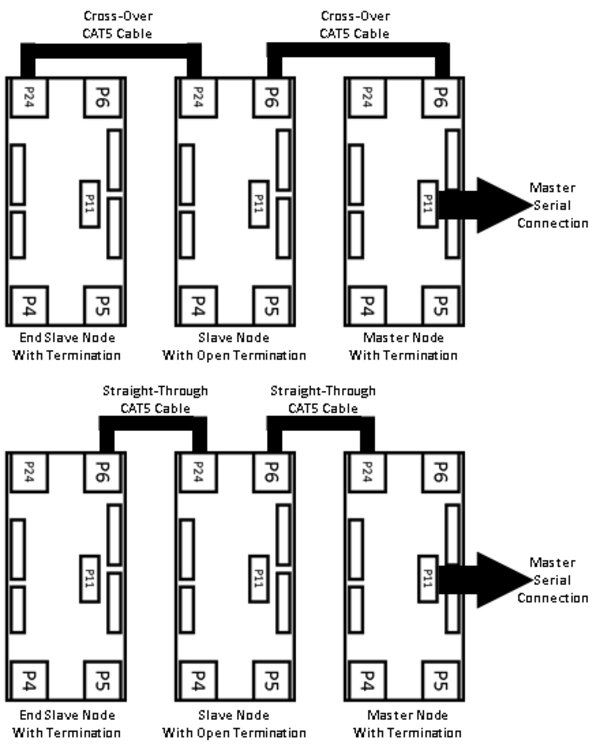 The CN0416 has a 10 pin 5×2 connector to interface with an ADALM-UARTJTAG. The yellow LED DS2 will indicate a live connection between the two devices. 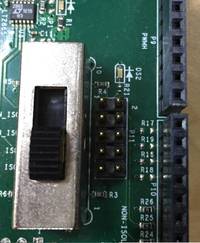 For half duplex set-ups, the ADALM-UARTJTAG needs to be setup for RS485 communications.