Assembly and Production Test Procedure for the CN0566 Phaser. Two situations will be described:

1. Install the u.fl cables as shown. Ensure that the connector is aligned before seating, and use a flat surface to press, such as an unused pencil eraser: 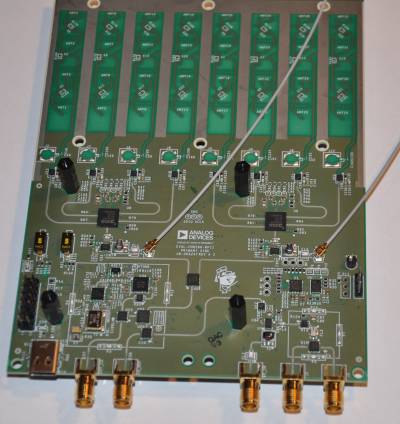 2. Install the 40-pin M-F extender on the reverse side of the board. Place the board on stiff antistatic foam while doing this, and use a steady, even pressure. 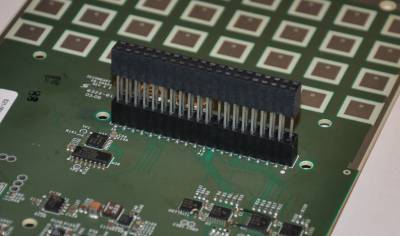 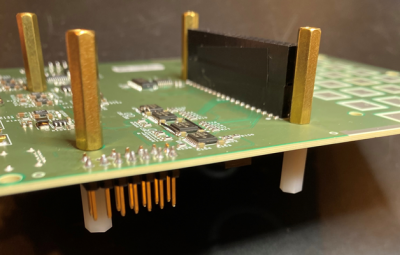 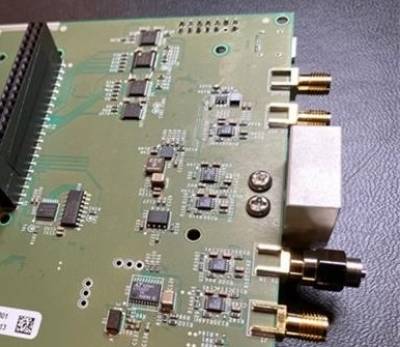 5. Install the four tall standoffs from the top side of the board, at the four corners.

Photo of four corner standoffs, so the Pi can be assembled easily. 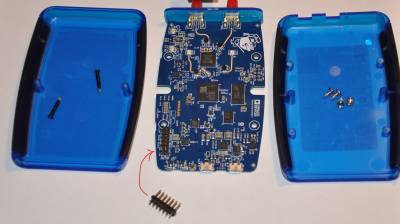 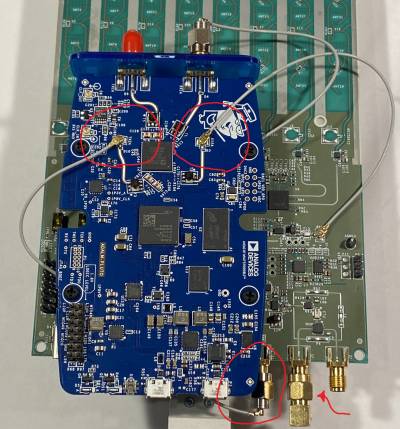 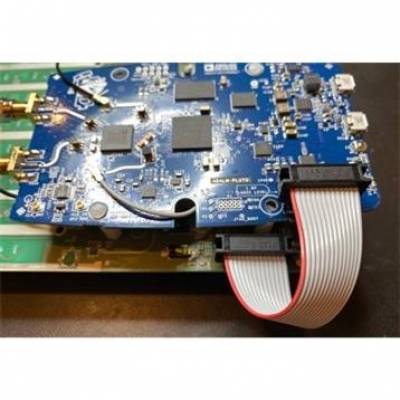 10. Mount the Raspberry Pi from the reverse side of the board. Use 4x M2.5 x 4 mm pan head screws to secure. 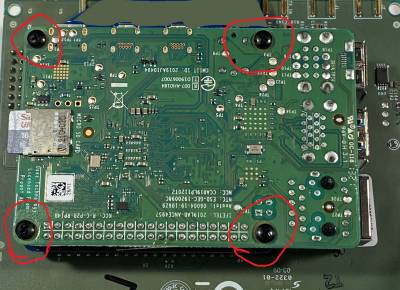 
Place the Vivaldi antenna / Selfie-Stick directly above the assembly as shown. The antenna should aim directly down at the center of the array. (Add little plumb-bob on a thread?): 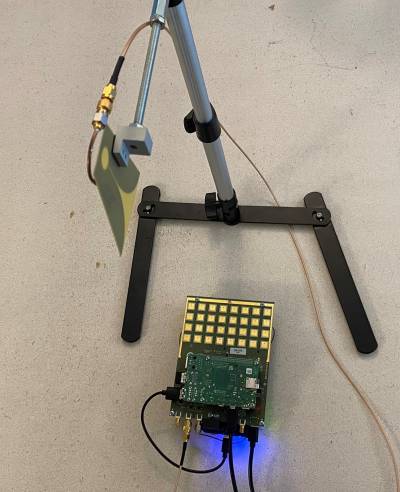 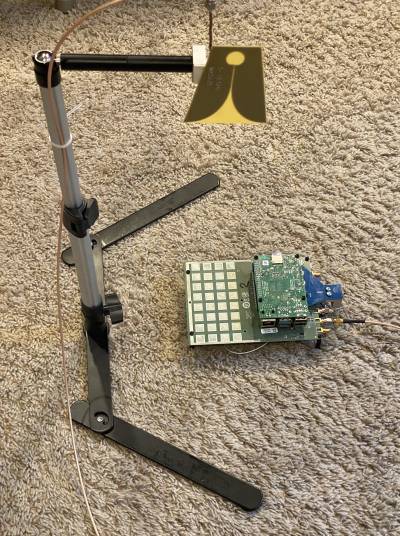 Ideally, there should be a single, sharp peak. If there are several peaks or no visible peak, close the plot and enter 'n' at the prompt. Reposition the HB100 (and make sure there are no other sources nearby), then re-run the script. Another method to ensure that the correct source is being identified is to run the script several times, moving the HB100 toward or away from the antenna. The peak should increase and decrease accordingly. Once the correct peak has been identified, enter 'y' at the prompt as shown in Figure 2. This will save the frequency to a calibration file that other scripts and GUIs will read in.