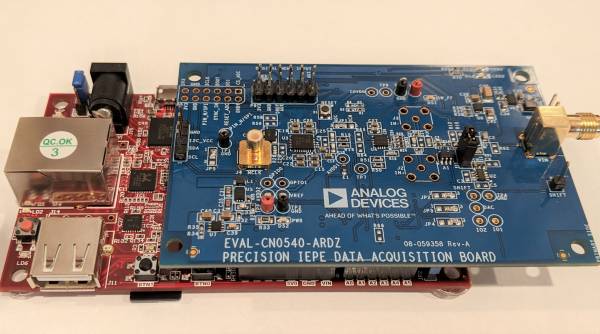 To prepare the SD-card for the CoraZ7-07s board:


Once microSD card has been imaged, safely remove the hardware from the SD card writer, and insert the card directly into the microSD card slot on the CoraZ7-07s. 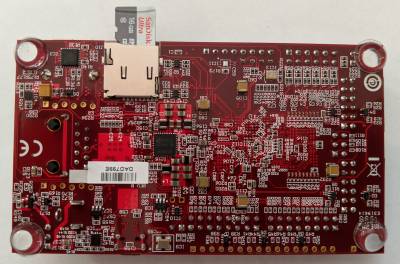 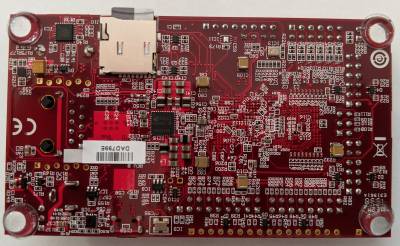 Down the latest IIO-Oscilloscope release from Github, and install it on your PC. (You may need to right-click the installer, and run as “Elevated” in order to get it to install. )

There are a few jumpers that need to be placed properly in order to use the Cora Z7s as described in this guide.

Connect the power, cables, and sensor according to the diagram below. 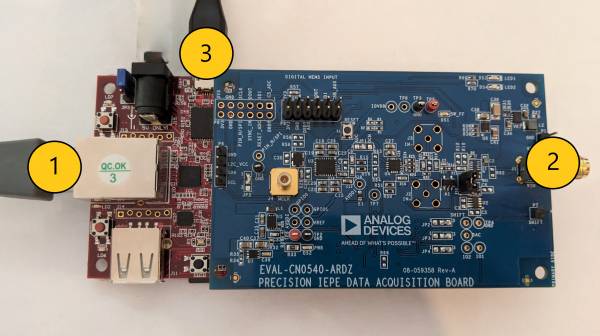 Once the microSD card and cables have been connected to the CoraZ7-07s and CN0540 its now time to boot the system.

Before you can start streaming data, you first must locate the CN0540 on your network.

Using the System with IIO Oscilloscope

Now its time to start communicating with the CN0540 so you can start streaming data. When you first open IIO-Oscilloscope you'll see two windows.

The CN0540 IIO Plugin automatically configures the CN0540, so it is ready to use as soon as you run the application. Calibration of the sensor is also automatically performed so that a user can start using the capture window to collect and analyze data. No other configuration is required for the application.

If you want to re-calibrate the system, shut the system down, or modify individual registers of the devices on the CN0540 that can also be done either using the CN0540 Plugin or using the DEBUG panel to write/read specific registers. This is optional and typically application specific.

Below is a picture of what the CN0540 IIO Plugin looks like.

For CbM applications, most customers are typically interested in the frequency domain plots. To obtain a FFT plot, do the following:

You should see a nice plot like this when connected to the CN0532 sensor. 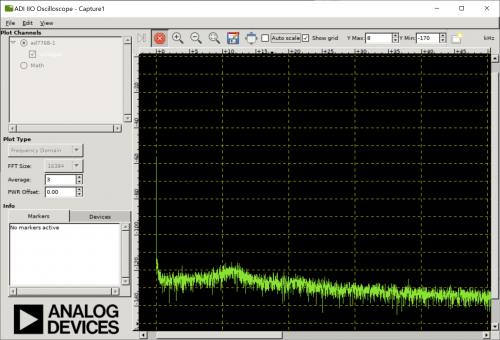