The CN0423 demonstrates a proven and tested electromagnetic compatibility (EMC) solution for process control and factory automation with dynamic power control and HART compatibility. The IEC61000-4-x set of standards cover evaluating immunity of electrical and electronic equipment at a system level. The solution was tested and characterized to ensure that the circuit performance was not affected by radiated RF or conducted RF disturbances, and has sufficient immunity against electrostatic discharge (ESD), electrical fast transients (EFT), and surge. The solution was also tested for CISPR 11, in which its radiated emissions fell well below the Class A limits.

The following sections will describe the hardware in more detail, as well as explain the different connections and how to use them. 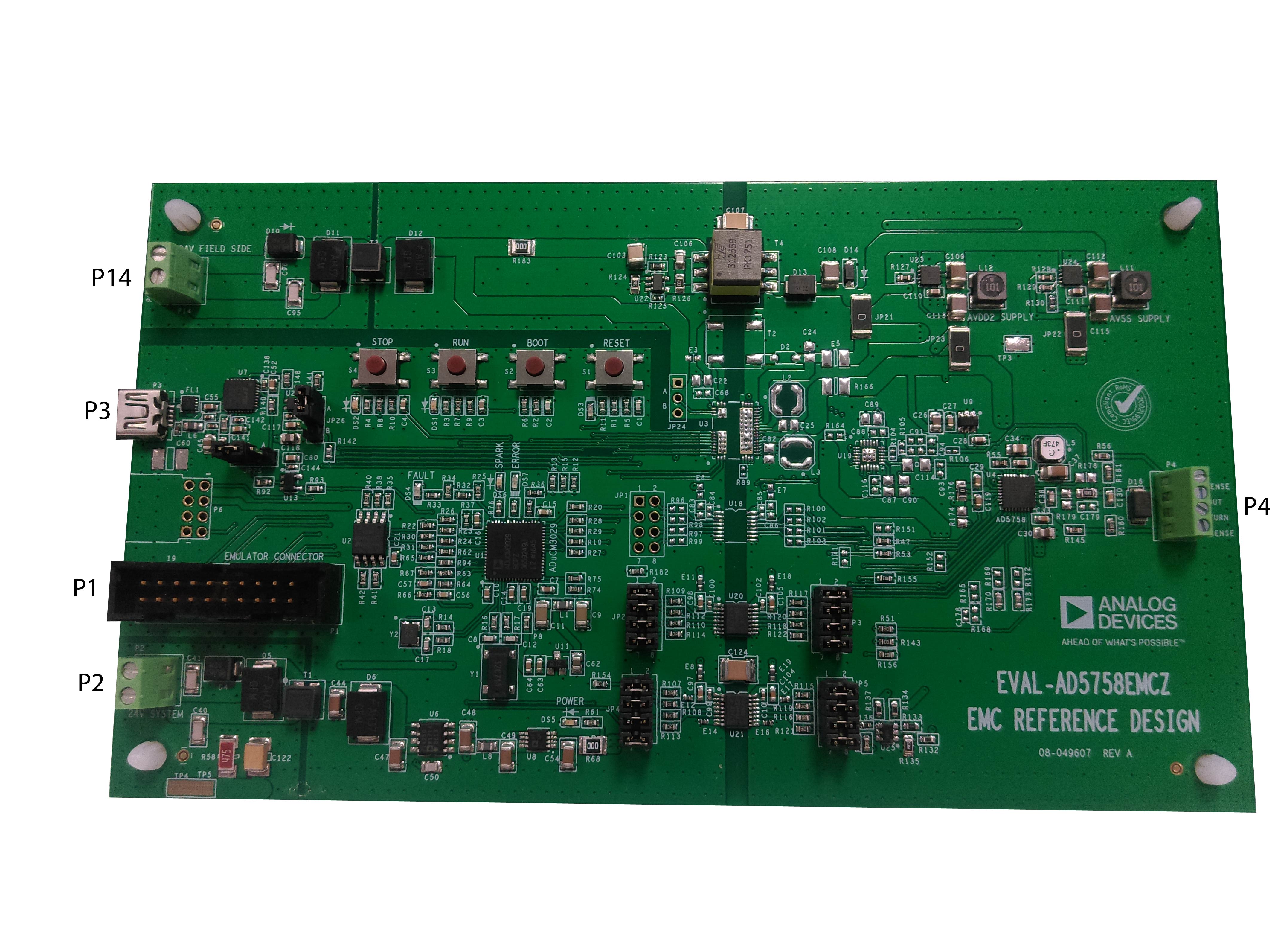 The EVAL-CN0423 can work off either two separate 24V supplies, or a single 24V supply.

The EVAL-CN0423 can be run by either being connected to a PC or in standalone mode.

The graphic user interface (GUI) on the PC is used to configure the operational parametres such as DAC output range, output code, and ADC sequencing. The GUI displays the fault flag map and plots the reading from the AD5758 on-chip diagnostic ADC nodes.

Once the operational parametres are programmed in the on-board flash memory, the board can be disconnected from the PC or controller board while the software remains operational. The operation is as simple as powering up the board and pushing the ‘RUN’ or ‘STOP’ button on the EVAL-CN0423 board.

'BOOT' and 'RESET' button can be used to download firmware to the microprocessor through the serial port.

You an download the firmware to the CN0423 through P1 the JTAG connector or a CrossCore Serial Flash Programmer. When using the JTAG, you need plug in an emulator to P1 and download the hex file to the on-board microprocessor. 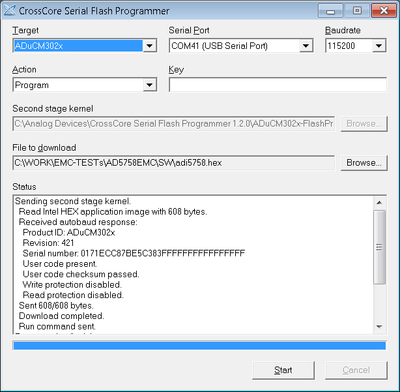 When using the Serial Flash programmer, you should plug a USB cable in the P3 on the CN0423 board to a PC, then download the hex file with CrossCore Serial Flash Programmer