The CN0411_example is a Total Dissolved Solids (TDS) measurements demo project, for the Arduino Uno base board with additional EVAL-CN0411-ARDZ shield, created using the Arduino Genuino IDE. 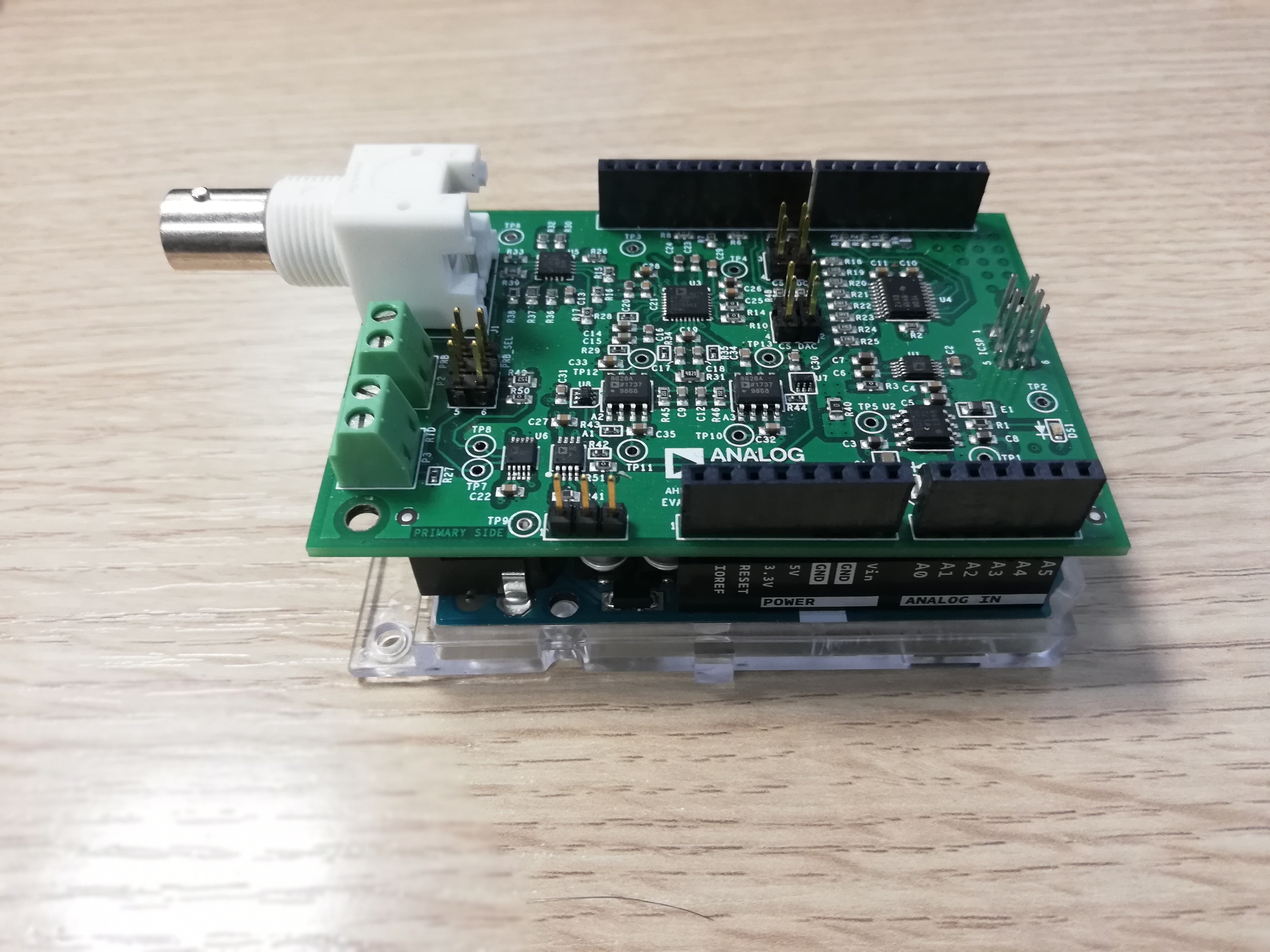 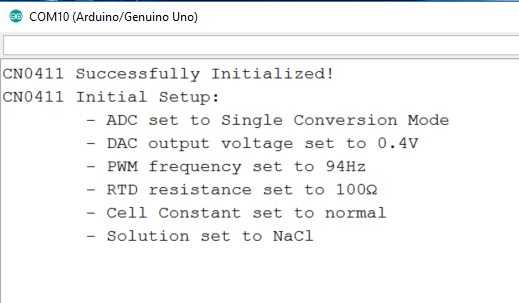 The temperature value is calculated based on the RTD resistance:

In order to compute the total dissolved solids parameter a premeasurement procedure is run in the first place that aims to select the proper gain resistance for the measurement.

The multiplexer is set to the highest gain resistance (20MΩ) and the DAC output to a value set by the user (initially set to 400mV). Then, the positive and negative input voltage are captured via ADC channel 1 and 2. If the following formula is met:

The excitation voltage used for computing tds is set to:

Otherwise, the gain resistor is dropped by 1 decade and the premeasurement process is repeated.

Based on the peak-to-peak current the electrical conductance is computed, also removing the offset resistance (optional) that is obtained via the software command “refres” found in the list of available commands :

The calculation of total dissolved solids is the product between the temperature compensated conductivity and the tds factor corresponding to the solution that is used.

We recommend not opening the project directly, but rather make a local copy in your workspace and open it using Arduino/Genuino IDE.

The source code and include files of the CN0411_example can be found here: 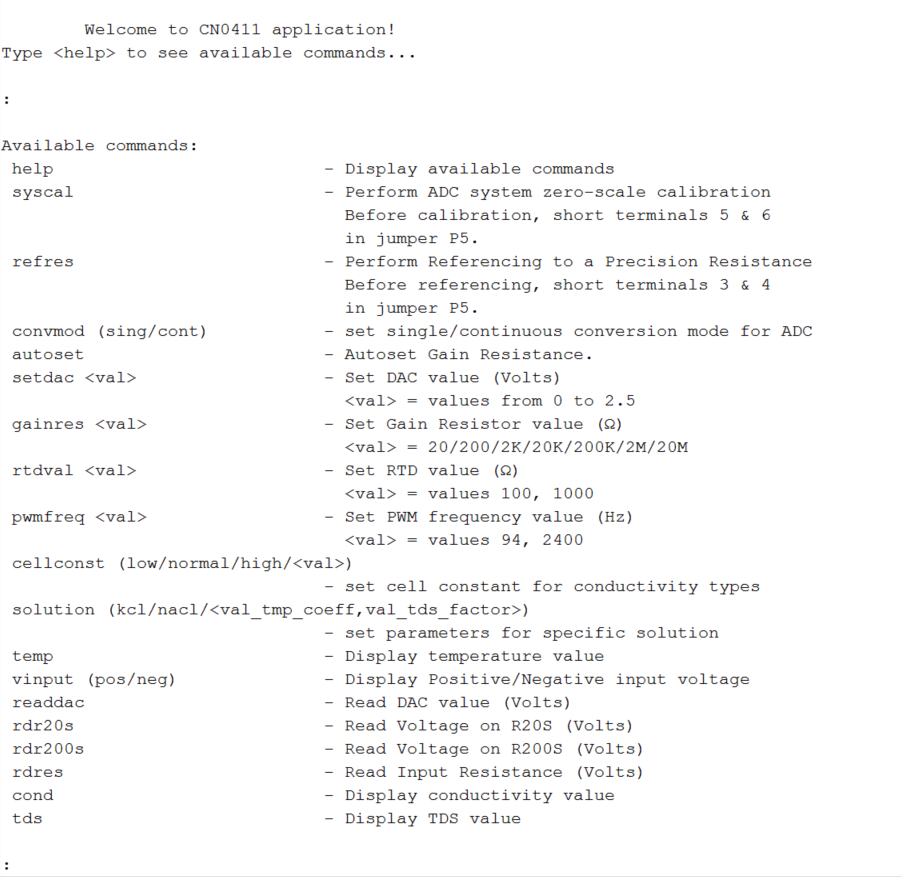 The CN0411_example is a C Arduino sketch.

All files are in the same folder as the .ino file and include the source and header files related to CN0411 software application. The Communication.c files contain SPI and UART specific data, meanwhile the CN0411.c files contain the calculation part, the AD7124.c files contain ADC channels handling. The default parameters are set at the run time, after initialization in the terminal window will appear information messages about the initial setup.