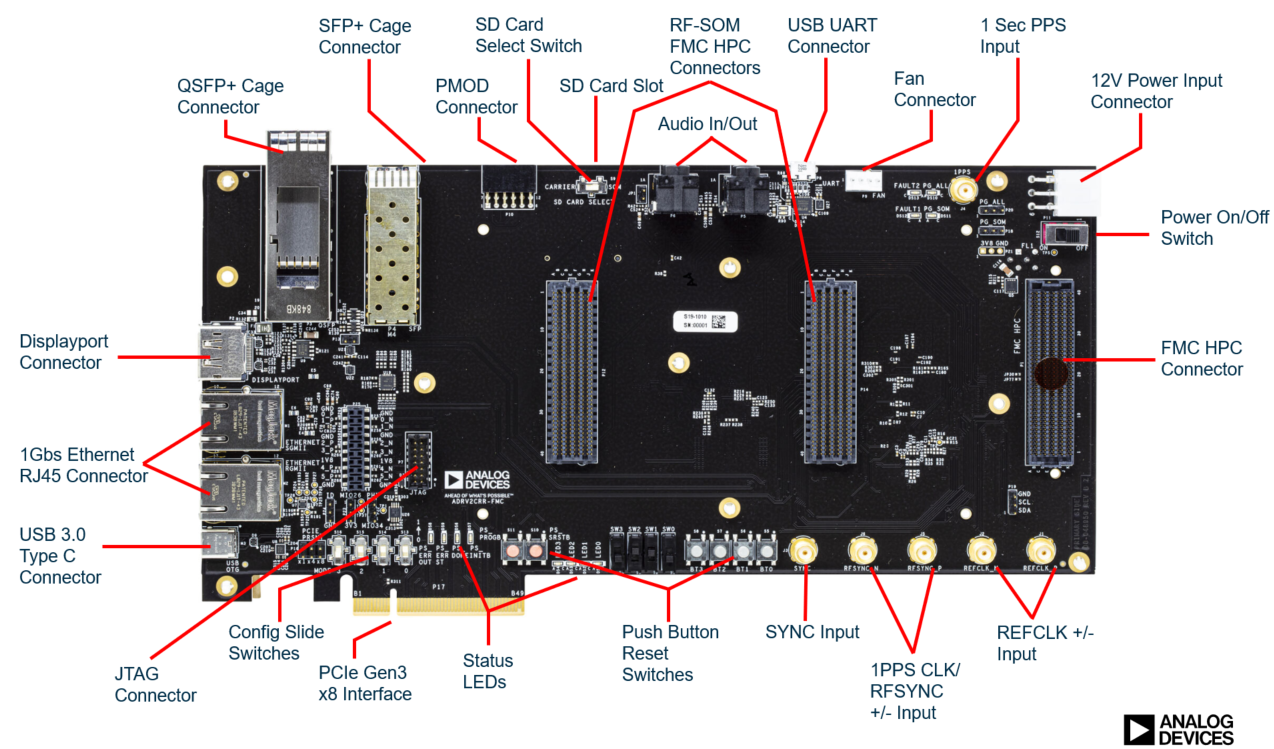 The ADRV2CRR-FMC is the carrier board to allow users evaluate the functionality of the ADRV9009-ZU11EG RF-SOM. It contains common high speed I/O ports to give flexibility in what connectivity option the user needs. It comes with a power supply that powers up the full system, heatsink that the user fits to the RFSOM heat spreader plate and necessary cables and adapters to get up and running.

Information on getting started and links to access the system software provided is contained on the main RF-SOM Wiki-page.

The ADRV2CRR-FMC has a single 12V supply input, distributed to the internal power supplies and interface connectors. Included in the package is a 12V, 145W power supply, which powers the complete prototyping platform built out of ADRV9009-ZU11EG, ADRV2CRR-FMC and AD-FMCOMMS8-EBZ. There are four LEDs that show the status of the power supplies: PG_ALL, PG_SOM, PWR_FAULT1 and PWR_FAULT2. A detailed description of these signals is available in the ADRV9009-ZU11EG RF-SOM Hardware Overview page. 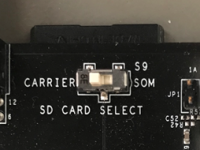 The JTAG connector P7 is a 2×14 pin header intended to fit the Xilinx Platform Cable.

FMC HA and HB differential signals are not populated with user-defined digital IOs as specified in the FMC HPC standard. Instead, RF reference clock signals, synchronization signal, and ADRV9009 IOs are connected to these positions to enhance the capability of the P1 connector by providing the possibility:

All the previous mentioned ADRV9009 IOs, and reference clocks are connected to P1 through 0 Ohm jumpers (JP8-JP91). If an FMC mezzanine card is connected, which conflicts with these signals remove the 0 Ohm jumpers. For the synchronization signal SYNC_OUT2 remove R21

Fairchild FXLA108 bidirectional voltage level translator is used on the PMOD signals, to connect these to the 1.8V referenced ZU11EG PL banks. The FXLA108 has auto direction sensing, and might not work properly with some signals, like bidirectional SPI data lines, or open-drain signals.

The following table outlines levels of functionality provided in software for the I/O interfaces on the carrier board.

The Footprint is located here: 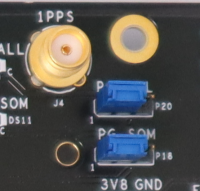