The AD9208-DUAL-EBZ reference design is a processor based (e.g. Microblaze) embedded system. The device interfaces to the FPGA transceivers followed by the individual JESD204B and ADC cores. The cores are programmable through an AXI-Lite interface. The samples are passed to the system memory (DDR). 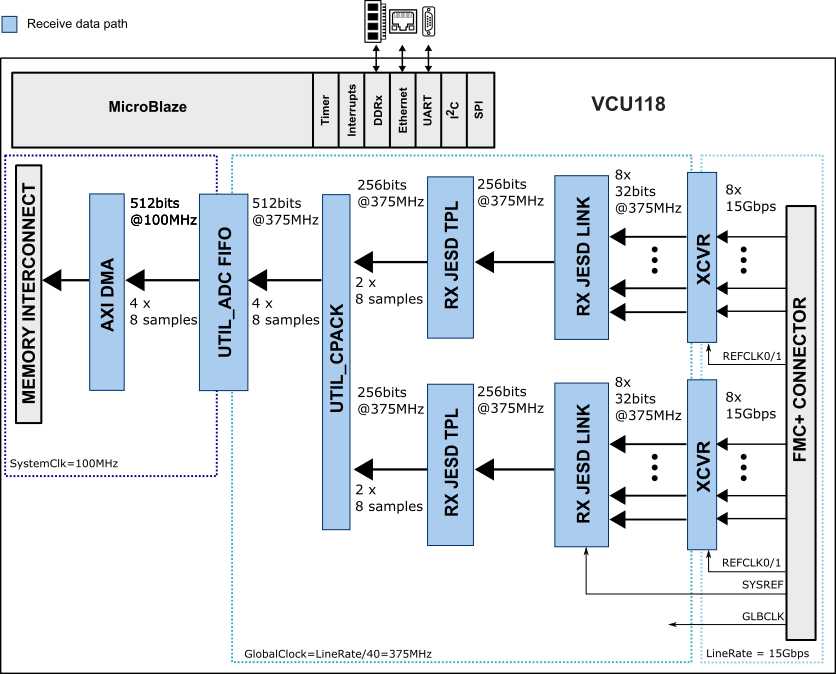 Both transport layer components present on their output 256 bits at once on every clock cycle, representing 8 samples per converter. The two receive chains are merged together and transferred to the DDR with a single DMA. An ADC buffer is used to store 65k samples per converter in the fabric before transferring it with the DMA. 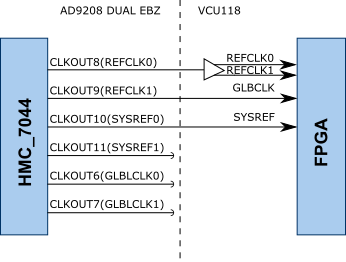