Production testing of the AD-FMCOMMS11

The production testing is quite simple. Since each board has been completely characterized, and we know the layout is good, we can just look for gross errors. There are multiple ways to run the test depending on the hardware setup.

If you have a production test SD-card already, you can skip this section and proceed to the Hardware Setup section.

Obtain the pre-built SD card Zynq image for ZC706 pre-installed with the fmcomms11 test program from this link. If the image file is compressed – that is, not ending with “.img” but with file extensions of xz, zip, and rar, decompress the file using 7zip or similar tool. Insert the SD card (at least 8gb ) to a computer. Using a disk writer software, write the downloaded image (img file) to the SD card. Instructions can be found on https://wiki.analog.com/resources/tools-software/linux-software/zynq_images/windows_hosts about how to use the Win32 disk manager. Etcher, on the other hand, is easier to use than win32 disk manager. Example Disk writer software:

Once the image has been written on the SD card, it is now ready to use. Eject the SD card from the card reader and proceed to the hardware setup. 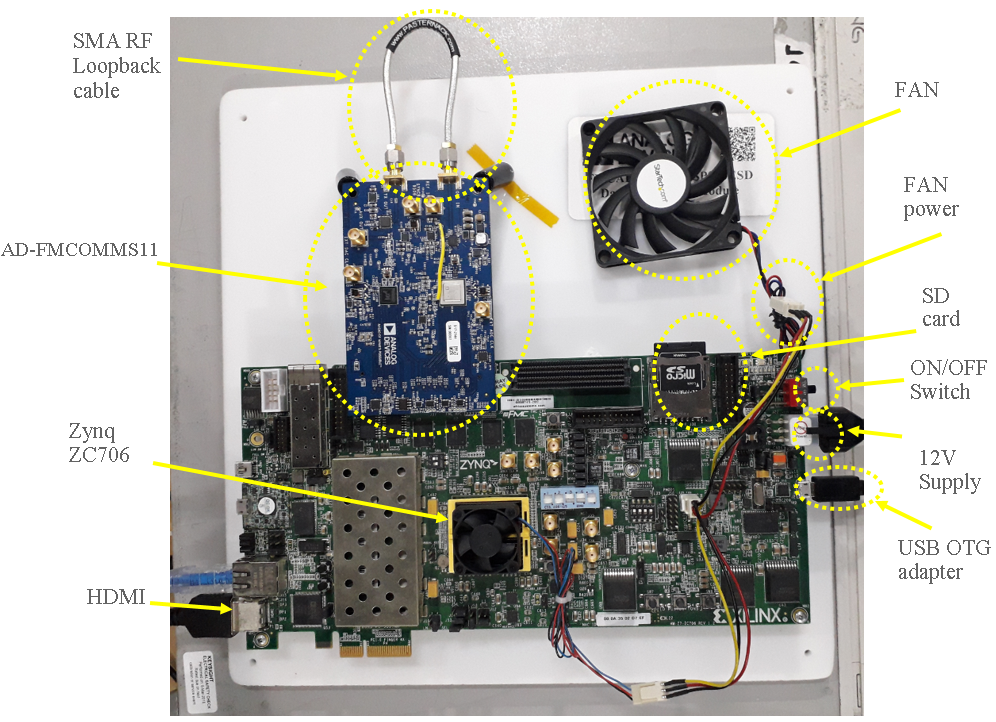 If the Zynq image used is the pre-built image pre-installed with the test program, there is no other software setup needed.

Re-running the test on the same board serial number will just overwrite the previous test results for that serial number. These files will be stored in /boot/test_results/. To backup these files, turn off the carrier board, remove the SD card, and insert the SD card to the computer. Locate the detected removable drive named “BOOT” and copy the test_results folder to computer. As alternative, if the carrier board is connected to the network, SSH or SCP can be used to copy the files from the ZC706 to the computer.
resources/eval/user-guides/ad-fmcomms11-ebz/testing.txt · Last modified: 02 May 2019 05:24 by Kister Genesis Jimenez