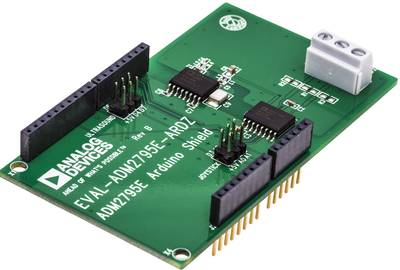 This Wiki guide provides hardware references and Arduino software for full integration of the EVAL-ADM2795EARDZ in a demonstration platform.

The EVAL-ADM2795EARDZ features an RS-485 bus cable connector, an Arduino connector block, and some jumper blocks. The jumper blocks can be used to connect to external devices such as ultrasonic sensors (e.g. Ultrasonic HC-SR04 Distance Measuring Transducer), or joysticks (Arduino Compatible Analogue Joystick Controller). For the demonstration code and setup described in this Wiki guide only the Arduino connector block and RS-485 connector are used. The Joystick and Ultrasonic sensor jumper blocks are not supported with example software in this Wiki guide, however their general function is outlined below. 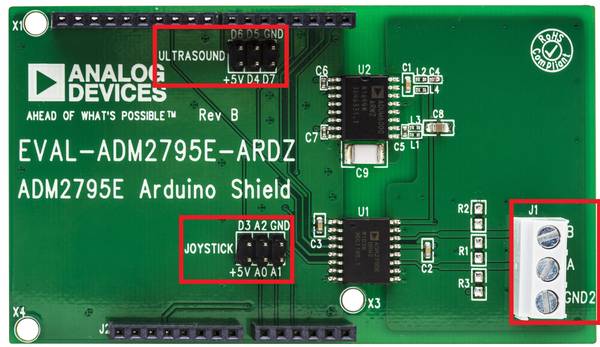 When the joystick mode is selected and the LED D4 is connected it will be turned off.

An Ultrasonic HC-SR04 sensor can be connected to the EVAL-ADM2795EARDZ, and powered from an Arduino UNO. 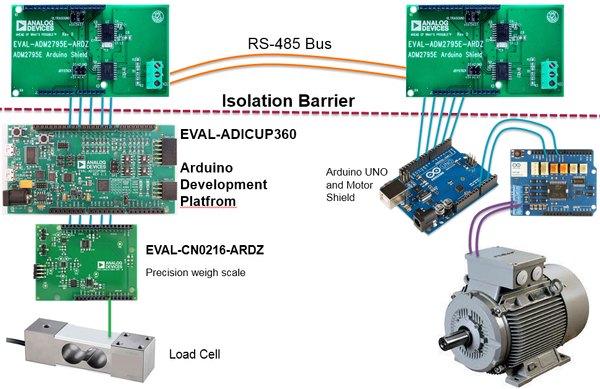